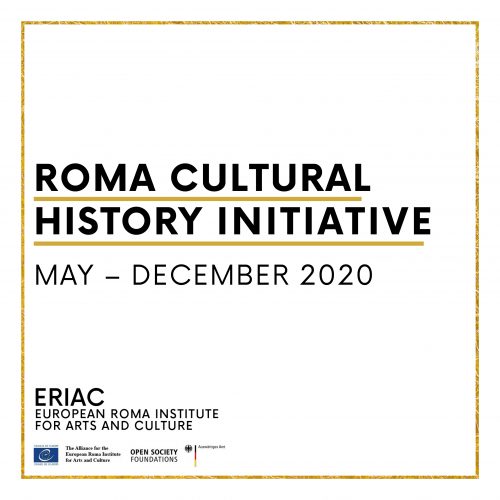 The Roma Cultural History Initiative (RCHI), financed by the Federal Foreign Office of Germany (FFO) built on the results of the international outreach projects 1-3 to produce and disseminate long-term foundational materials for the preservation and education of Roma language, symbolism for identity; and for shaping a transgenerational understanding of Roma cultural history. ERIAC lead the creation of tools which facilitate collaboration and communication of Roma communities across social strata, genders, generations and countries.

ERIAC conducts the international cultural outreach programs for the recognition and promotion of Roma arts and culture with the guidance of the ERIAC organs (membership, Barvalipe Academy, Board).

The Roma Cultural History Initiative (RCHI) consisted of four complex projects, which focused on production and dissemination of foundational material for the preservation and education of Roma cultural history. The RCHI emphasized the immense field of the cultural heritage of the largest European Ethnic minority, the 10-12 million Roma people. This ERIAC project raised awareness about the Roma communities’ significant contribution to European culture by promoting new knowledge among majority societies, mainstream cultural institutions and European Governments.

Given the uncertainties created by the global Covid-19 pandemic, most of RCHI activities were held online, respecting the travel restrictions and social distancing regulations across Europe. This way all RCHI events and projects were available for the public in the whole world. 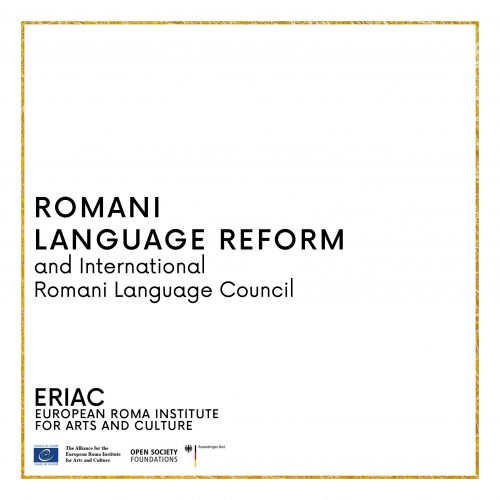 The initiative contains efforts towards an “International Romani Language Reform”, through building on the existing results and updating the Curriculum Framework for Romani developed by the Language Policy Division of the Council of Europe in 2008, as part of the Council of Europe’s comprehensive approach to Roma and Traveler issues. The initiative continued the international work on the common Romani language with international experts with proven experience in the field and developed teaching materials based on the Curriculum Framework for Romani.

The textbook includes 10 units based on A1 level descriptors. It is written in the common Romani (general Romani), using the most common/accessible spelling system at European level. It contains basic information about Romani culture inserted to each unit. The textbook follows the major themes from the curriculum and includes aspects from the modern contemporary society, combining elements from every-day life. The textbook is designed for adults, Roma and non-Roma, who do not know the language and wish to learn it.

The online conference was organized as a public online event in partnership with the Council of Europe (CoE) and the Plurilingualism Research Unit of the University of Graz on the occasion of the World Day of Romani Language, on 5th November 2020.

An important aspect was the recognition and promotion of Romani language under the European Charter for Regional or Minority Languages (ECRML) of the Council of Europe, and future update of the status of Romani in the Charter, as well as the update of Romani language Curriculum Framework developed by Council of Europe Language Policy Division, and the further cooperation with the states who ratified the Charter.

The conference translated into Romani and was streamed online, on ERIAC Facebook page, and is available here.

ERIAC has launched a public call and invited language specialists to apply and register in our database. The public call was opened from July, 2020. 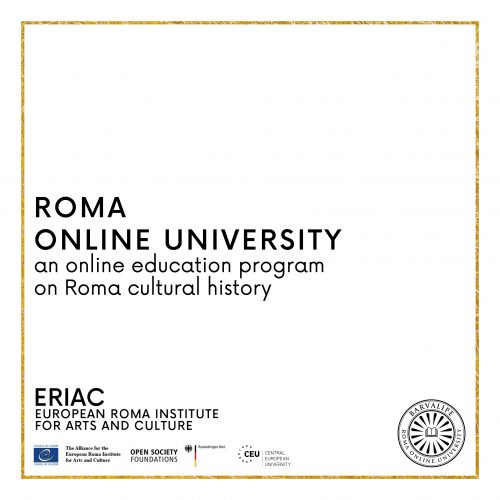 Bavarlipe Roma Online University is an online educational platform where Roma and non-Roma can access authoritative knowledge about the Roma identity(ies), history(ies) and culture(s) thorough a collection of high-quality lectures delivered by leading Roma scholars on topics ranging from the Roma Holocaust to Roma cultural productions.

The first course of the Barvalipe Roma Online University brought together renowned academics from across Europe and the United States in one introductory course on Romani Cultural History. The activities of the online university succeeded in fostering productive discussion among policy makers, leaders of non-governmental institutions, artists, activists and academics. Moreover, it brought important attention to Romani knowledge production and fulfilled a need for fair and accurate curriculum on Romani arts, history, and culture.

In total the first course comprises 19 lectures on topics ranging from the Romani Holocaust to the politics of Romani photography all of which are pre-recorded and archived on ERIACs YouTube and Facebook page. The course launched on September 1, 2020, and each subsequent week ERIAC premiered a new pre-recorded lecture via Facebook Live and Zoom. Each lecture premiere was followed by a 45-minute discussion with a panel of invited guests.

The first course was made up of three units: a historical overview of Romani diaspora, the Romani language and Romani enslavement and more, followed by a political unit on antigypsyism, the Roma political movement and intersectional feminism. The last unit covers Romani arts and culture as well as the politics of representation.

In an effort to foster greater dialogue between policy makers and Roma academics, together with the Romani Studies Program at Central European University, within the framework of the project, ERIAC hosted an online symposium called, “Critical Pedagogy, Romani Emancipation and Post-COVID Education,” which brought together a diverse roster of panelists to discuss the future of education in Europe as it pertains to the Roma.

The transnational, collaborative, and discursive art project RomaMoMA – The Digital Roma Museum invited numerous Roma and non-Roma art experts, artists, curators, and scholars to imagine, discuss and present the possible forms of a Roma museum of modern and contemporary art. RomaMoMA developed as a digital blog on a newly designed website, developed for the project, on which the virtual discussion and the imagining of the museum took place.

RomaMoMA invited Roma and non-Roma artists, cultural experts, scholars and civil society to imagine an institution which, hopefully soon, materializes into a cutting-edge agent of the contemporary arts and culture scene. The aim has been to create a platform where ideas on the necessity and possible roles of a transnational museum of Roma contemporary art could be exchanged, and to come up with a collective proposal for the institution of such a museum.

The Digital Roma Museum Initiative develops new, accessible content through the digital space for contemporary arts and culture, which was approved by the RomaMoMA think-tank members.

The RomaMoMA blog and Instagram page function as a Virtual Roma Museum and as an online space which facilitated the finding or the streaming of exhibitions, performances, lectures. In facts, all blog contributors were asked to mention Roma artworks in their submissions, and the Instagram page was curated in order to create an online gallery about Roma contemporary art, on which ERIAC weekly published Roma contemporary artworks and Roma related art events. Moreover, the blog was developed with a submenu “Upcoming events”, which functioned as an online event calendar. 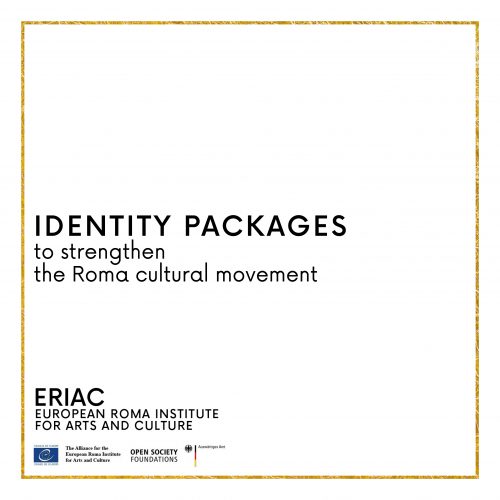 Identity packages is a project to strengthen the Roma movement – proposing some very practical ways (and items) that can reinforce the Roma movement, connecting political and cultural movements. In this way, ERIAC provided support to the local networks and built stronger movement identity across countries and local struggles. As part of the “identity packages” we produced items and merchandise that reinforced and branded our collective efforts to raise awareness on the Roma issues in Europe.

As a first step ERIAC initiated “Roma remember”, the joint international campaign for Roma and Sinti Holocaust remembrance. It was of utmost importance to be united in the campaign as Roma in most countries lack physical memorials commemorating victims of the Roma Holocaust. This is why, ERIAC together with the entire Mahala Network has made interventions in public spaces as symbolic temporary memorials, to raise awareness about Roma history.

ERIAC published a detailed description of the international communication campaign and on August 3, 2020 held a public webinar “Commemorating the victims, remembering the heroes.”