At the European Institute of Arts and Culture (ERIAC), each year, we work together with our network of partners and members to commemorate Roma Holocaust Day, an annual day of remembrance for the Roma and Sinti victims of the Holocaust held on 2 August. The date marks the night in 1944 when 2,897 Roma, mostly women, children and elderly people, were killed in the Gypsy family camp (Zigeunerfamilienlager) at the Auschwitz concentration camp. In total, around half a million Roma and Sinti are said to have lost their lives during the Nazi genocide of the Second World War.

This year, events took place across Europe to commemorate Roma Holocaust Day, including in Slovakia, North Macedonia, Italy, Hungary, Kosovo and Serbia. ERIAC’s partners held a series of events in these countries, with local communities gathering to pay their respects to the dead, laying wreaths and lighting candles in locations with special historical significance. Besides commemorative activities, local communities also held educational activities to drive awareness of the Roma Holocaust as a tool to prevent such events from ever repeating themselves.

Local partner activities for events on 2 August were supported by ERIAC, which created branded merchandise to share with the transnational Roma network to give the events a common visual identity. From posters to digital assets and branded t-shirts, the design was created by Spanish-Roma artist Rocío Montoya. Several billboard campaigns carried the same design. ERIAC’s support for partner events on Roma Holocaust Day are part of broader efforts to facilitate a common identity among Europe’s Roma and position the network as an international movement. This can be demonstrated in the launch of the Proud Roma Free Europe campaign by ERIAC, which has supported the transnational movement in organising various joint activities such as Europe-wide protests in the name of Stanislav Tomáš. Similar to the events for 2 August, ERIAC provided branded merchandise to the network for the protests, such as Roma flags, to promote a shared Roma identity.

In Kosovo, local partner Opre Roma Kosovo led commemorative activities with a public exhibition in the capital Pristina. There the team decorated a public square with portraits of Roma heroes, survivors and resistance fighters to raise awareness about the local history of the Roma Holocaust. Opre Roma Kosovo also used the event to collect signatures for a petition to have 2 August recognised as a day of official remembrance for the Romani victims of the Holocaust at a state level. And finally, with the support of ERIAC, a billboard campaign to drive awareness of the Roma Holocaust among the wider public ran across the capital, Pristina, and in Graçanica. 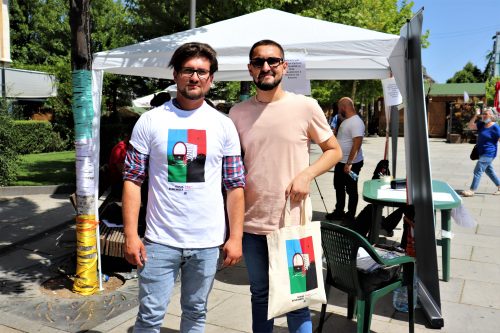 In North Macedonia, civic movement AVAJA, together with Kurto Dudush, Suto Orizari municipality mayor, and Mustafa Jakupov, Executive Director of the Regional Roma Educational Youth Association (RROMA), held a tree-planting ceremony at a local kindergarten. There, a local plaque was unveiled to commemorate Roma who lost their lives during the Holocaust. A billboard campaign also ran in North Macedonia with ERIAC support across the capital Skopje. 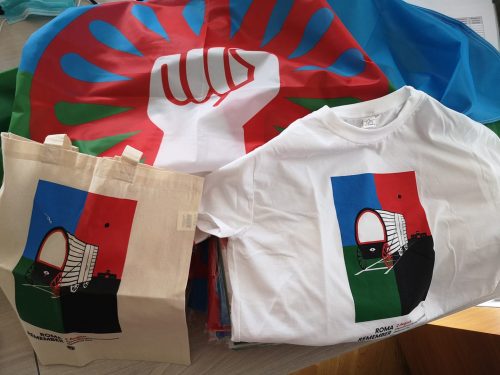 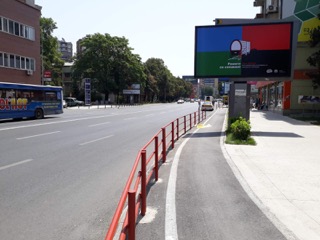 In Serbia, Opre Roma Serbia, together with Srecko Zivkovic, director of the Roma Cultural Centre, marked the occasion by laying a wreath in Leskovac. The location holds special significance for local Roma as it was a site of active partisan resistance against the Nazi regime. In retribution for the partisans’ activities, over 300 civilians from the Arapova Dolina neighbourhood of Leskovac were rounded up and killed by the Nazis, the majority Roma. Today, Leskovac is home to a monument for the approximately 1,000 local victims who dies during the Holocaust. Following the ceremony, the team hosted a movie screening of the documentary movie A ti Bože preživi (And you God, survived) at the Roma Cultural Centre, followed by a discussion on local family experiences of the Holocaust. Billboards were also erected across the country in Belgrade, Nis and Novi Sad. 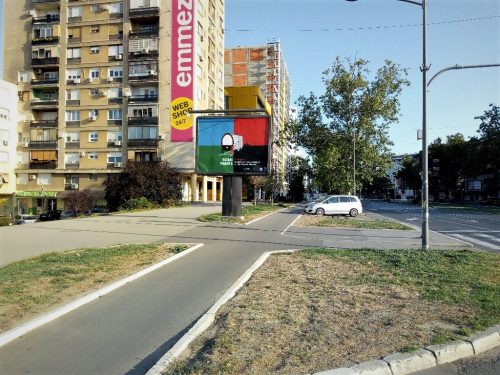 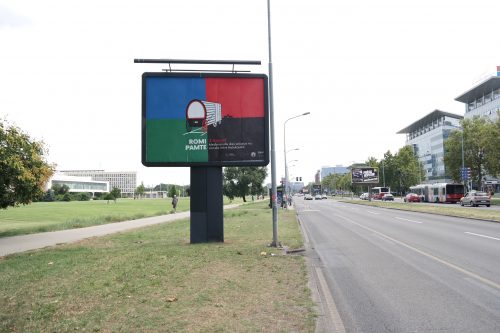 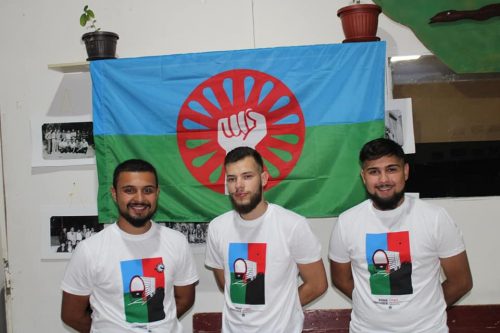 In Slovakia, local civic organisation Hrdí Rómovia na slobodnom Slovensku held an event at the cemetery in Zvolen. While Jewish, the cemetery holds significance for local Roma as it was the site of a mass, unmarked grave for those who lost their lives to the firing squads of the Nazi regime. Later, when the bodies were exhumed, local Roma were able to identify their loved ones, and today, the cemetery features a memorial plaque to them. Besides gathering at the cemetery for a wreath-laying and candle-lighting ceremony, billboards were similarly erected across the city.

In Hungary, 1 Magyarország Kezdeményezés marked the event by laying wreaths by the Nehru shore along the Danube.

Raising awareness of Roma Holocaust Day is especially important to Europe’s Roma, who have battled long and hard to receive recognition of their plight during the Second World War. For many decades following the Holocaust, governments failed to acknowledge the persecution of Roma by Nazi’s on racial grounds, and the Roma genocide came to be known as the ‘forgotten Holocaust’. It was only in 1982, for example, that German authorities changed their stance and recognised the targeting of Roma, alongside the Jewish community, for total extermination on racial grounds under Nazi Germany.

Today, the persecution of Roma during the Holocaust is more widely acknowledged, yet the community continues to face widespread prejudice and discrimination at the hands of majority society. From evictions to police brutality and segregation, the community is often mistreated by authorities, as demonstrated by the recent death of Czech-Roma Stanislav Tomáš, who died following police intervention in events similar to the death of George Floyd, which sparked the global Black Lives Matter movement. Remembering the injustices suffered by Roma during the Second World War thus serves as an important rallying point to ensure history is not repeated and to encourage unity in fighting the ongoing injustices faced by the community today.