Description of the project

Re-thinking Roma Resistance is a European Roma Institute for Arts and Culture (ERIAC) project, funded by Stiftung Erinnerung, Verantwortung und Zukunft (EVZ foundation). Developed between October 2019 and December 2020 with the support of 12 Roma and non-Roma expert researchers, the project sought to initiate change in the European historical and cultural narrative concerning Roma. Namely, the project seeks to challenge dominant discourses which regard Roma as victims, and instead focus on individual stories of Roma heroism and bravery. By “rethinking Roma resistance”, the project provides evidence of multiple ways in which Roma not only fought against oppression and injustice, but also provides a vivid testimony of Roma contribution to national and European struggles for freedom, democracy and justice across Europe.

Despite the Roma being the largest European ethnic minority, their history on the continent stretching back over 700 years, Romani history remains inadequately remembered and commemorated as part of the national and European canon of history (van Baar, 2011). For years, the genocide of the  Roma during World War II was referred to as the “forgotten Holocaust”. Indeed, for decades it was.

In recent years, however, the topic of Roma Resistance during World War II  has grown into a powerful symbol that challenges the notion of Roma victimhood with acknowledgement of Roma agency and survival. From researchers to the media, the stories of the Roma Resistance during World War II have begun to gain momentum. Inspired by various accounts of the Roma uprising at the Auschwitz-Birkenau concentration camp on May 16, 1944, this date is now annually commemorated by Roma communities across Europe, and particularly Roma youth. In this way, Roma Resistance has become a powerful reference point for Roma social and political mobilisation. While Roma Resistance Day becomes more widely acknowledged and commemorated by a growing number of actors, new research simultaneously challenges whether any uprising took place at all.

Designed to re-think Roma resistance in response to the challenges mentioned above, this project seeks to provide a new and broader reading of Roma acts of heroism during World War II and immediately in its aftermath. Furthermore, it seeks to propose strategies for the proper documentation and commemoration of Roma resistance, including:

Between November 2019 to December 2020, a group of local researchers and experts investigated and documented stories of Roma Resistance around Europe. Focusing on promoting a new narrative of Roma history, told from the perspective of Roma survivors, the researchers:

The results of their efforts are the foundation for the educational resources including the map, bibliography and game developed as part of this project. 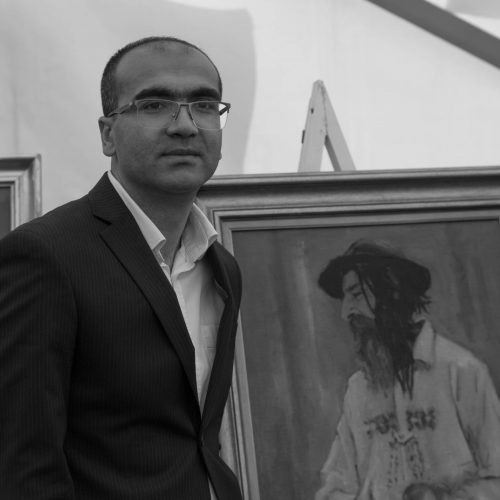 Adrian-Nicolae Furtună founded in 2011 the Center for Cultural and Social Research “Romane Rodimata”. He graduated from the Faculty of Sociology of the University of Bucharest. He is a graduate of the Master of Advanced Sociological Research of the same university. Since 2010 and until now he has published a series of oral history papers and scientific articles on the deportation of Roma to Transnistria, the last of which, published in 2018, being „Roma in Romania and the Holocaust. History, theory, culture.” authorities with Roma-related expertise. „Roma in Romania and the Holocaust. History, theory, culture.” He is currently a PhD student at the Quality of Life Research Institute of Romanian Academy with a topic related to the social memory of Roma slavery in Romanian Principalities. 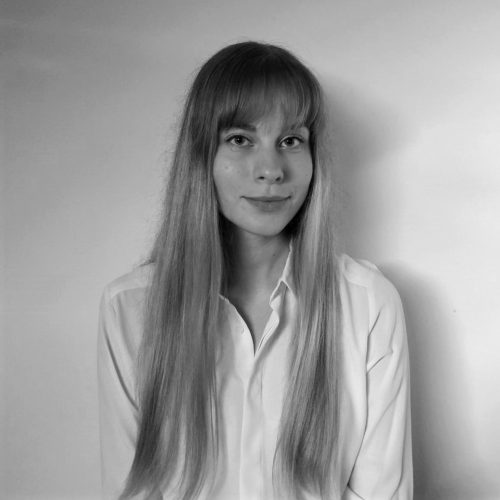 Aurėja Jutelytė holds a BA degree in Political Science from Vilnius University and an MA degree in International Relations from Central European University. Her academic work focuses on Roma Holocaust, Holocaust commemoration and various international and state-level Roma-related policies. Jutelytė cooperates with Lithuanian media to ensure fair representation of the Roma community in news and provides national public authorities with Roma-related expertise. In cooperation with the Department of National Minorities under the Government of Lithuania in April 2020, Jutelytė edited a book on Roma Holocaust in Lithuania. 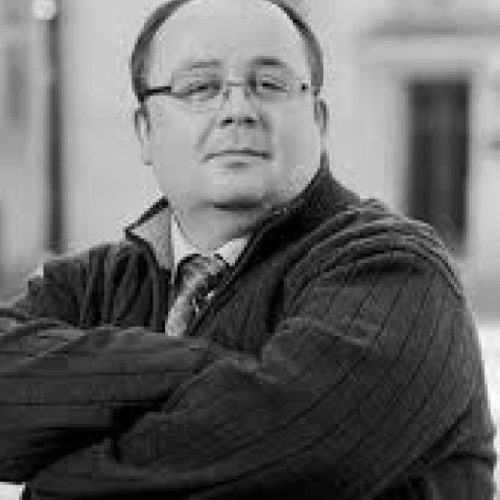 Dr. Danijel Vojak is a research associate at the Institute of Social Science „Ivo Pilar“ in Zagreb. In 2011 he had finished Phd on Faculty of Humanities and Social Sciences (University of Zagreb). He had published books and papers on the history of Roma in First World War and Second World War and had been working on several international and domestic project regarding project history Roma.

In his work he tried to focus on analyzing the relations between indigenous (majority) population and the Roma minority population in this area. His current research focus is on analyzing the position and extent of the suffering of Roma during the Second World War in the pro-Nazi Independent State of Croatia.

In its work the Educational Forum has two main objectives: Combatting antigypsyism and empowering Sinti and Roma. A variety of educational formats mostly directed at the majority-society helps to raise awareness for the specific stereotypes, mechanisms and manifestations of antigypsyism, both historically and in the present tense. The efforts towards empowerment of Sinti and Roma aim to create safe spaces for members of the minority to meet and to share their perspectives and experiences in order to strengthen their participation in all sectors of society. 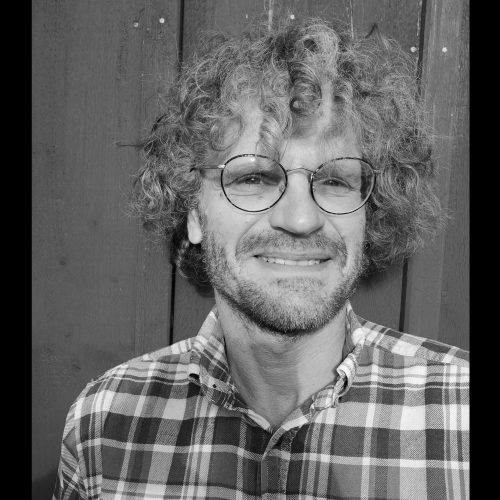 Dr. Jan Selling, born 1967 in Sweden. PhD in history, Senior lecturer in pedagogy and coordinator of the Forum for Romani Studies at Södertörn University, Stockholm.

He was a PhD student in the Wolfgang Wippermanns colloquium, Free University Berlin (1998-2002). Defended PhD thesis in 2004 on German collective memory discourses on nationalism, commemoration politics and the Nazi past. Conducted several research projects on memory politics in Sweden and Europe, including: Discourse analysis on the establishment of Swedish Living History Forum (Selling 2011), research on theoretical concepts of antiziganism and Swedish history (Selling 2013 and 2015).In 2017 he published a research article on the ICPC Swedish connection and antigypsyism.

As a curator for the Civil Rights section of the RomArchive.eu, he researched with leading international scholars on the history of Roma and Sinti emancipation (Selling 2019a, 2019b, 2019c), and published a historically and internationally comparative monograph (Selling 2020). In 2013 he organized the Uppsala International Conference, “Antiziganism – What’s in a Word”, and was the principal editor of the resultant conference volume (2015). Latest publication: (monograph in Swedish, 2020) Frigörelsen. Romers och resandes emancipation i Sverige och andra länder. [Becoming free. Emancipation of Roma and Resande in Sweden and Other Countries.] 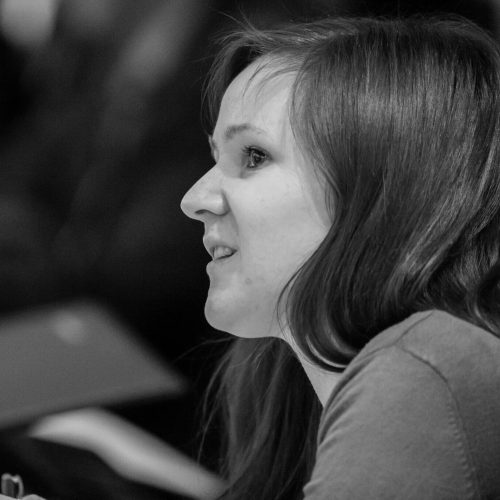 Dr. Jekatyerina Dunajeva received her PhD at the University of Oregon in 2014. Currently, she is an Assistant Professor of Political Science at Pázmány Péter Catholic University’s Department of Political Science, as well as a Researcher and Program Manager at Central European University’s Center for Teaching and Learning (working with the „SensiClass” Project).  Katya is also one of the editors of the Critical Romani Studies Journal. Throughout her career, Katya acted as a consultant, advisor, researcher and political analyst for international and local NGOs, think tanks and other institutions. Katya’s research has been published in several book chapters and peer-reviewed journals, exploring topics such as Roma identity, discrimination, nationalism, education, and contemporary Russian and Hungarian politics. 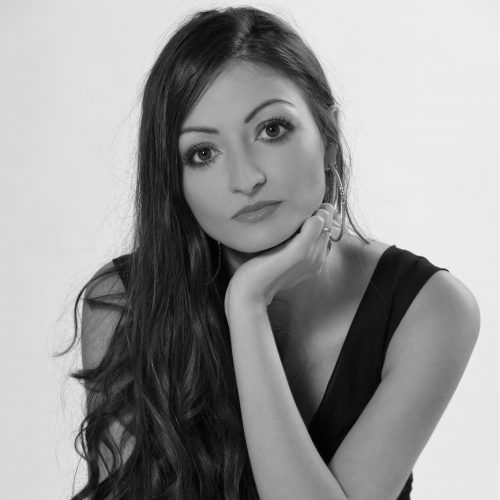 Dr. Justyna Matkowska is a Roma activist and researcher. She earned her Ph.D. in Humanities at the University of Wrocław in Poland in 2020. She holds a MA and BA in the Polish Literature and Language Studies from the University of Wroclaw. She also graduated from Postgraduate Romani Studies Program at the Pedagogical University of Cracow, Poland, and Hawai’i English Language Program at the University of Hawai’i at Mānoa in the USA. In 2016-2018 she worked as Plenipotentiary of the Governor of Lower Silesia for the National and Ethnic Minorities in Poland. In 2019 she worked as an adjunct faculty at the Hawai’i Pacific University in the USA. In 2020 she had a visiting research position at Central European University. 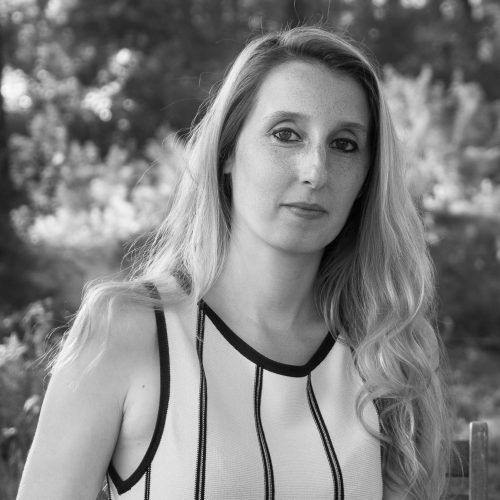 Dr. Lise Foisneau received her PhD in Anthropology from the Aix-Marseille University (France) in 2018, as well as a Master’s degree in History from Sciences Po Paris (France) in 2014. She is also an associate researcher at IDEMEC (CNRS/AMU) and has worked on historical and anthropological projects such as collecting testimonies of WWII Roma resistant fighters and survivors. She has published several historical and anthropological articles in scientific journals, such as Ethnologie française, Tracés, Health and Human Rights Journal, as well as book chapters. 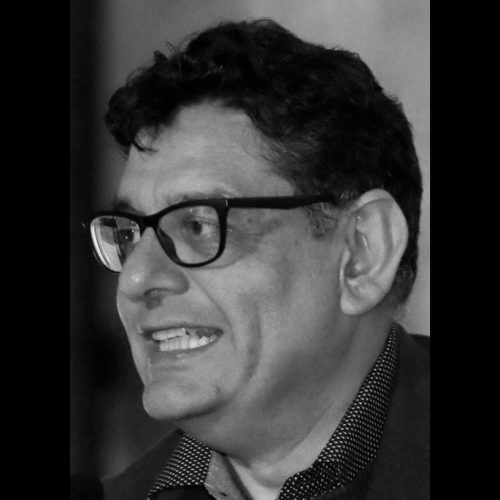 (Madrid, 1968) Sociologist, Master in Organizational Consulting, Master in Educational Research, co-author of the Resource Guide against Antigypsyism. He has been a reading teacher of the subject “Roma from Spain. History and culture” at the University of Alcalá de Henares during 3 years.

He writes and edits the blog Pretendemos gitanizar el mundo where he seeks to educate and raise awareness on Romani culture and history proposing a new counter-narrative in which we, the Roma, are protagonists and not only passive objects.

He is currently working as a staff member of the Human Rights Observatory from the Autonomous Government of La Rioja (north of Spain). 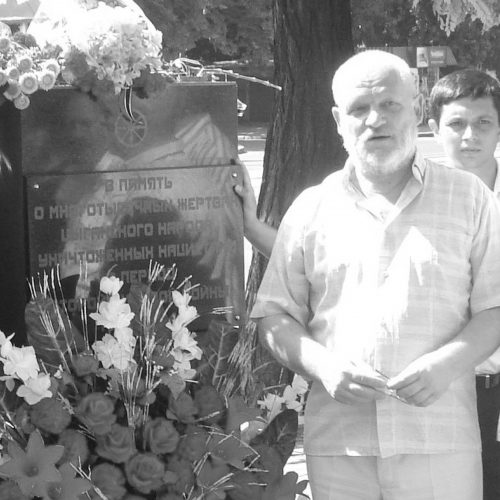 Niko Rergo, born in Odessa, Ukraine in 1953, is a linguist and a lawyer with extensive research experience. He has authored over 60 publications in linguistics, teaching techniques, Romani philology, national minorities; and is an author and co-author of more 50 analytical reports, draft programs, draft laws, proposals and alike concerning Roma issues, education, national minorities, etc. He is the co-founder and vice-president of the Odessa linguistic Society (1994-1999), vice-editor-in chief and designer of the journal ‘Language’ (1993-2002, 8 issues).

Since 2015 he works at the State Archives of the Odessa region. He has been researching topics related to the history of Roma during WWII. Many of his relatives have perished during the Roma Holocaust. 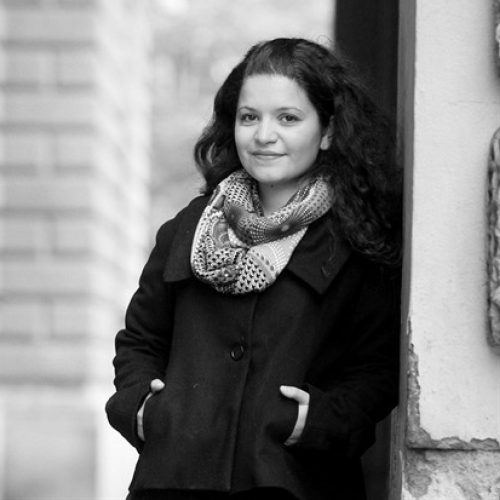 Vera Lacková is a film director and producer from Slovakia. She studied media and journalism in Brno at Masaryk University. She has set up a production company Media Voice. She pro­vides a unique view from the inside of the Roma com­munity. In addition to commercial production, she has also participated on an international documentary film project EUROPE: a Homeland for the Roma, she also directed a short doc­umentary Alica. The film about Roma in resistance – How I Became a Partisan is her feature debut and will be premiered in 2021.

Other ERIAC-projects dealing with the topic of Roma Resistance