On August 2, 2019, the ERIAC Berlin event entitled (Re)Conceptualizing Roma Resistance marked the opening of the Roma Tangible Heritage Network event series, which is supported by the Federal Foreign Office of Germany.

The event aimed to commemorate the International Roma Holocaust Memorial Day, and honor the Roma and Sinti victims of the Holocaust, and those who were supporters of Roma resistance movements around Europe.

The exhibition featured eight Roma and non-Roma international artists who contemplate the memory of the Holocaust and emphasize the embodiments and narratives of Roma resistance as a central aspect of the Roma experience. The artists,  Déry Miklós, Tamara Moyzes, Daniel Baker, Dushan Marinkovic, Alex Schikowski, Csaba Nemes, Júlia Baki, Kálmán Várady – contemplate the taboo of the body related to trauma of the holocaust, they mitigate the question of the power of healing amidst continued and transmitted trauma, and nurture a new narrative of Roma agency and self-determination.

Timea Junghaus, ERIAC Executive Director, opened the event with a brief introduction of the exhibition. As part of the evening program, the guests received a guided tour around the exhibition from director Junghaus and from one of the exhibiting artists, Tamara Moyses. The event provided an opportunity for the audience to informally engage with each other, with the artworks and learn more about ERIAC knowledge production activities in relation to reclaiming narrative about Roma and Sinti Holocaust and Roma Resistance.

At the end of the event, visitors were encouraged to join the memorial events followed later around the city.

This event had a high significance in strengthening the visibility for the Roma Resistance as the central aspect of Roma experiences in the work of ERIAC and many Roma contemporary artists. The exhibition is open for public until November 14, 2019, from Monday to Friday between 10 am and 5 pm.

The current ERIAC exhibition is an adaption of the (Re)Conceptualizing Roma Resistance exhibition -first presented at the Europäisches Zentrum der Künstein 2016 in Dresden, and later extended at the Goethe Institute, Prague. 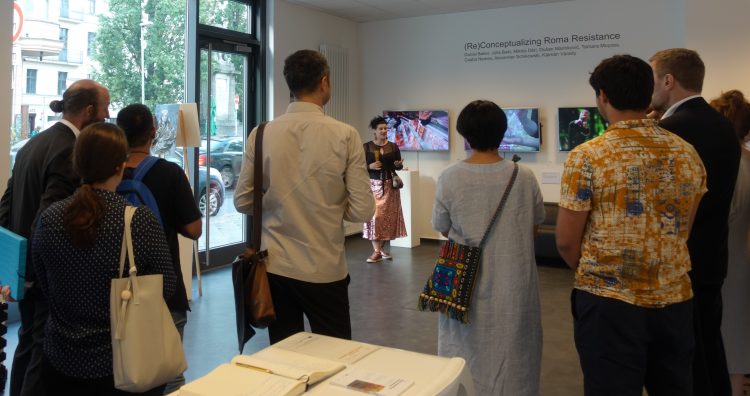 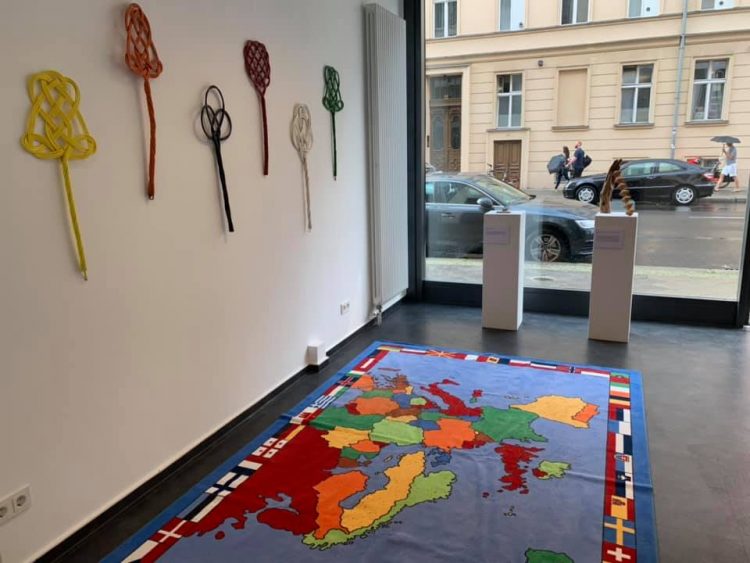 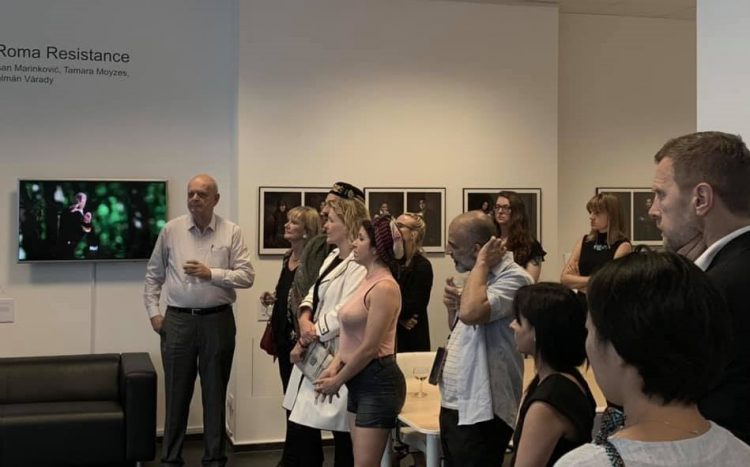 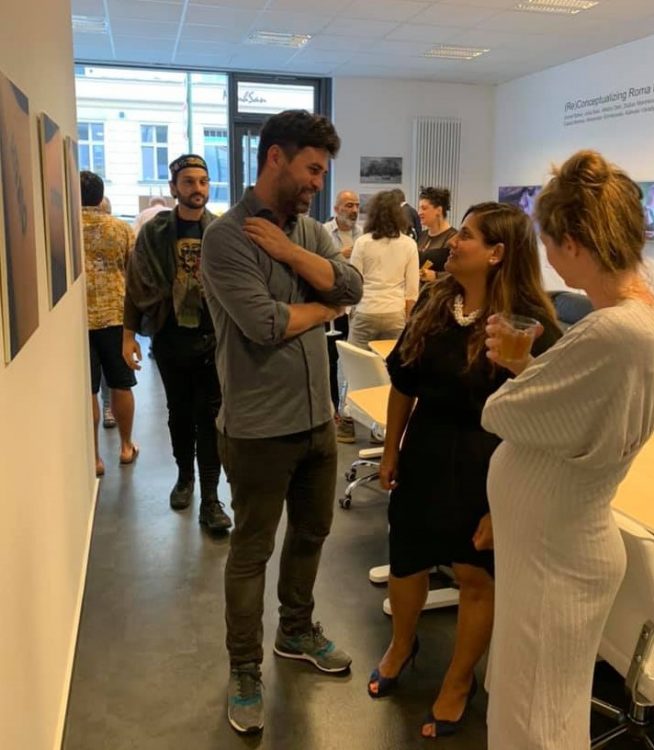