Roma have been part of the European and national histories and cultural landscapes for at least 700 years. Today, Roma constitute the largest ethnic minority in Europe with some 10 million citizens, and a global diaspora of over 15 million people. Yet despite the centuries-old presence, Roma remain largely unknown to majority societies. As a people, Roma are mostly thought of and treated as a social problem, perceived through the prism of marginalization, exclusion and poverty. Moreover, Roma today are the most stigmatized and discriminated minority in the EU; diverse manifestations of antigypsyism – the specific form of racism against Roma people – are a regrettable feature of daily lives of Roma in Europe. On the other hand, however, Roma remain a highly resilient and creative population whose diverse contributions to European social, cultural, economic, political, artistic, and even linguistic fields are yet to be acknowledged and embraced. 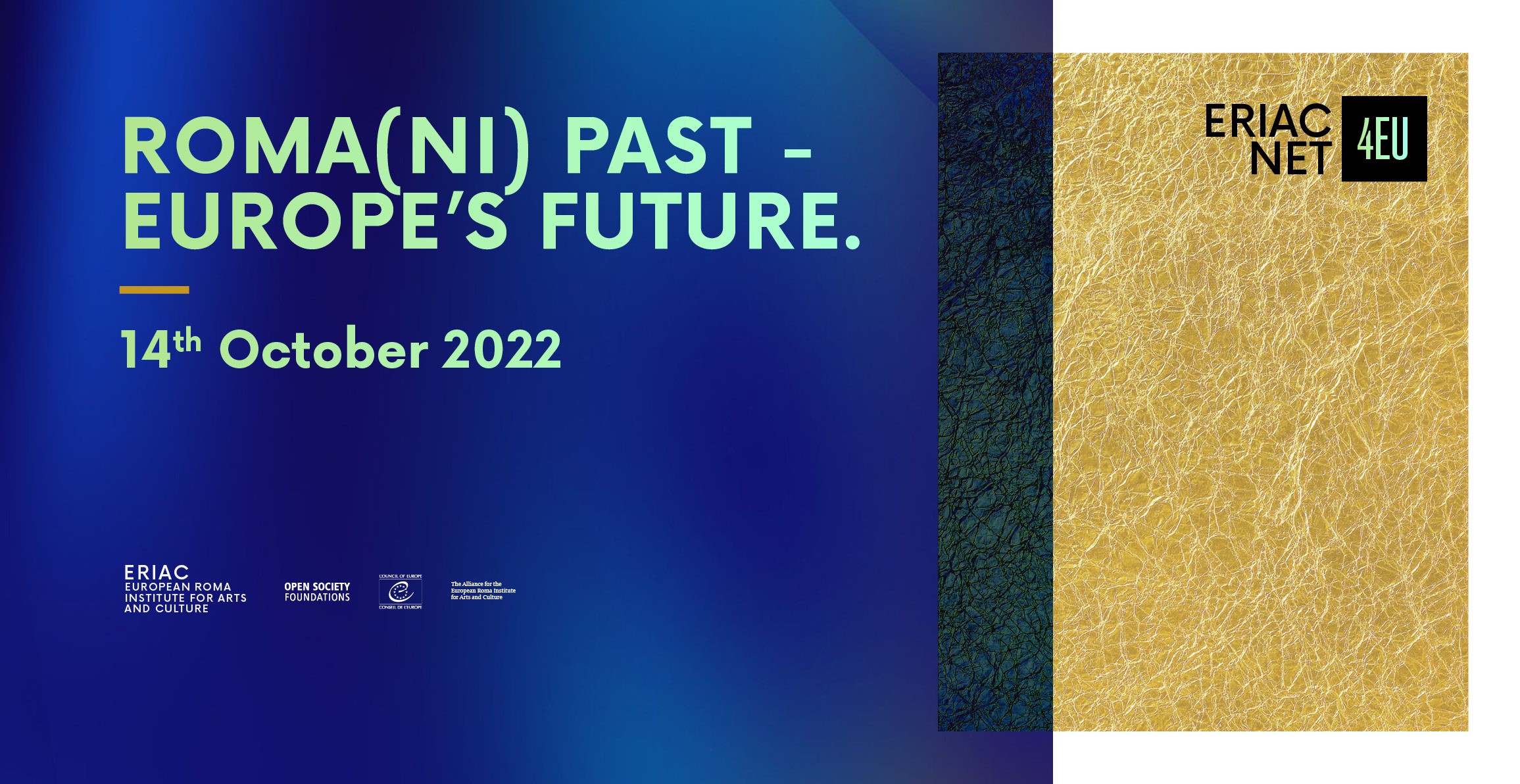 This online course will provide a brief overview of Roma history and culture as a point of departure to reflect on the social, political, cultural, economic and environmental importance of positioning Roma at the core of EU’s public debates regarding our societal futures. The course will explore the difficult, sensitive or contentious issues related to Roma and antigypsyism, and help identify and incorporate human rights concerns into the work of public officers at local, regional, national or EU level.

The course will comprise of two parts:

Duration: Six hours, divided into two three-hour seminars, with a lunch break in between.

Trainers: The course will be delivered by a group of experienced Roma scholars, with relevant expertise in the field, including knowledge of the most-recent discussions in Romani studies as well as most-recent Roma-related EU developments. Moderator: Dr Ioaninda Costache.

14:00 – 15:00   Antigypsyism in theory and practice – unpacking different dimensions of racism against Roma

16:00 – 17:00   What you should know about Roma policies at EU and national level by Isabela Mihalache

To attend the course, prior registration is required.

Dr Ioanida Costache is a Romani violinist, filmmaker, writer and scholar. Costache completed a PhD in ethnomusicology at Stanford University. Her scholarship on Romani musico-oral traditions seeks to make audible the counter-histories embedded in the emotive, performative practices of Romani artists. Broadly, her work investigates the intersections of race, the performance/construction of identity, cultural memory, trauma, and history as they intersect in Romani musico-oral traditions and contemporary artistic practices. She traces the legacies and afterlives of Romani history, as well as de-colonial critiques of the present. Her writing has been published in EuropeNow, RevistaARTA, Critical Romani Studies, Bridge Magazine, Barricade and Decat o Revista. She is the co-author of a children’s book about Romani history released in 2022. Costache is a two-time Fulbright grantee, and currently she is she is a postdoctoral fellow in the humanities at the University of Pennsylvania.

Zeljko Jovanovic is the director of the Open Society Roma Initiatives Office, which supports the voices and leadership of Roma in making their power felt in the policy-making arena. Jovanovic comes from a family of Roma ethnic background which, through a belief in hard work, self-determination, and education, moved from multi-generational extreme poverty to the middle class in Serbia. Before joining the Open Society Foundations in 2006, he worked for the Organization for Security and Cooperation in Europe on elections and public policy and for Catholic Relief Services on civil society development. He also has established and led a local Roma organisation and community radio programming, as well as volunteered for Roma political parties and protested for democracy during the Milosevic regime in Serbia. He has also trained and mentored non-profit managers, advocates, and leaders internationally. Jovanovic has degrees in law from the University of Belgrade and in public policy from the University of Oxford. He also completed the Executive Education Program on Strategic Management at Harvard University. He is a member of the Aspen Institute network.

Tímea Junghaus is an art historian and contemporary art curator. She started in the position of Executive Director of the European Roma Institute for Arts and Culture in September 2017. Previously, Junghaus was Research Fellow of the Working Group for Critical Theories at the Institute for Art History at the Hungarian Academy of Sciences (2010-2017). She has researched and published extensively on the conjunctions of modern and contemporary art with critical theory, with particular reference to issues of cultural difference, colonialism, and minority representation. In recognition of her curatorial activities, Junghaus received the Kairos – European Cultural Price from the Alfred Toepfer Stiftung F.V.S., in 2008. She is the curator of the Visual Arts Section for RomArchive – Digital Archive of the Roma, funded by Kulturstiftung des Bundes (2015-2018). Junghaus was the founding director of Gallery8 – Roma Contemporary Art Space in Budapest (2013-2017), the winner of the 2014 Catalyst Contemporary Art Award (of Tranzit Hungary) and the 2014 Otto Pankok Prize awarded by the For Roma Foundation of German writer and Literary Nobel Laureate, Günter Grass.

Dr Adrian R. Marsh is of U.K. Romany-Traveller origins, a Researcher in Romani Studies at the Swedish Research Institute in Istanbul and an expert consultant in Romani and Traveller early years education, working with Romani, Gypsy and Traveller communities and NGO’s (such as the Romani Cultural & Arts Company) in the UK, Sweden, Turkey, Egypt, and across Central, Eastern and South-Eastern Europe. He gained a PhD in Romani Studies from the University of Greenwich, London (2008), an MA in South East European and Turkish area studies from the School of Oriental and African Studies, University of London (1998) and was awarded a BA first-class honours degree in East European history at the School of Slavonic and East European Studies, University College London (1996), where he won the Andrew Ferguson Memorial Prize for his dissertation on royal women and power, in the Ottoman Empire (1996). Marsh has taught Romani Studies at universities in London, Malmö, Lund, Stockholm, Cairo, Istanbul and Lyon and has held an Economic and Social Research Council fellowship as Researcher in Romani Studies at University of Greenwich, London (2007-2008). He recently designed and managed a large portfolio of Romani and Traveller early childhood development projects, implemented by the Open Society Foundations (London) as part of its Early Childhood Programme and set up the Romani Early Years Network for educators (2012), where he remains a consultant. He is currently living in Istanbul, where he leads the International Romani Studies Network, an NGO he established there, in 2002.

Isabela Mihalache is a Senior Advocacy Officer at the European Roma Grassroots Organisations Network (ERGO) since January 2020, where she is focusing on antigypsyism and intersectionality, engaging with EU institutions on EU-level advocacy regarding the EU Roma Framework, mainstreaming Roma issues in wider EU policies and developing capacity building tools for NGOs on monitoring and advocacy. She also coordinates input on behalf of the Alliance against Antigypsyism and the EU Roma Policy Coalition on Roma policy. Throughout her professional career, Isabela developed a vast experience in human rights advocacy, policy and standards development particularly on Roma rights, non-discrimination and gender equality. She focused most of her work on topics such as early and child marriages, women and children’s rights, including trafficking and sexual abuse, segregation in education, housing rights and evictions, access to justice and antigypsyism, working with a wide range of key stakeholders at national, EU and international level.

Dr Anna Mirga-Kruszelnicka is an anthropologist and Roma activist, born in 1985 in Cracow/Poland. She earned her Ph.D. in Social and Cultural Anthropology at the Universitat Autònoma de Barcelona (UAB) in 2016. She holds an MA in European Integration from UAB and an MA in Comparative Studies of Civilizations from the Jagiellonian University in Cracow (UJ). She is the author of policy evaluations, reports, and articles, and is the co-editor of the book Education for Remembrance of the Roma Genocide: Scholarship, Commemoration and the Role of Youth (Libron, 2015). She has been an employee, member, founder, and collaborator of numerous Roma organizations in Poland and Spain.

Dr Iulius Rostas is Visiting Professor at the National School for Political Studies and Administration in Bucharest, at the University of Stuttgart, and the Dortmund University of Applied Sciences. He was the Chair of Romani Studies/Assistant Professor at Central European University in Budapest. He was an Affiliated Fellow with the Institute for Advanced Studies at CEU, Senior Fellow with the Open Society Foundations Roma Initiatives Office, and Visiting Lecturer at Corvinus University of Budapest. He has worked for the Open Society Foundations, the European Roma Rights Center, and the Government of Romania, and has consulted for the Organisation for Security and Cooperation in Europe, the World Bank, the European Commission, and the Roma Education Fund. Dr Rostas is the editor of “Ten Years After: A History of Roma School Desegregation in Central and Eastern Europe” (CEU Press, 2012) and in 2011 he published “Social Inclusion or Exclusion: the Rights of Persons Living with HIV in Moldova” (Cartier Publishing, 2011). He published articles and book chapters on Roma participation, Romani identity, Roma school desegregation, the Romani movement, and civil society. 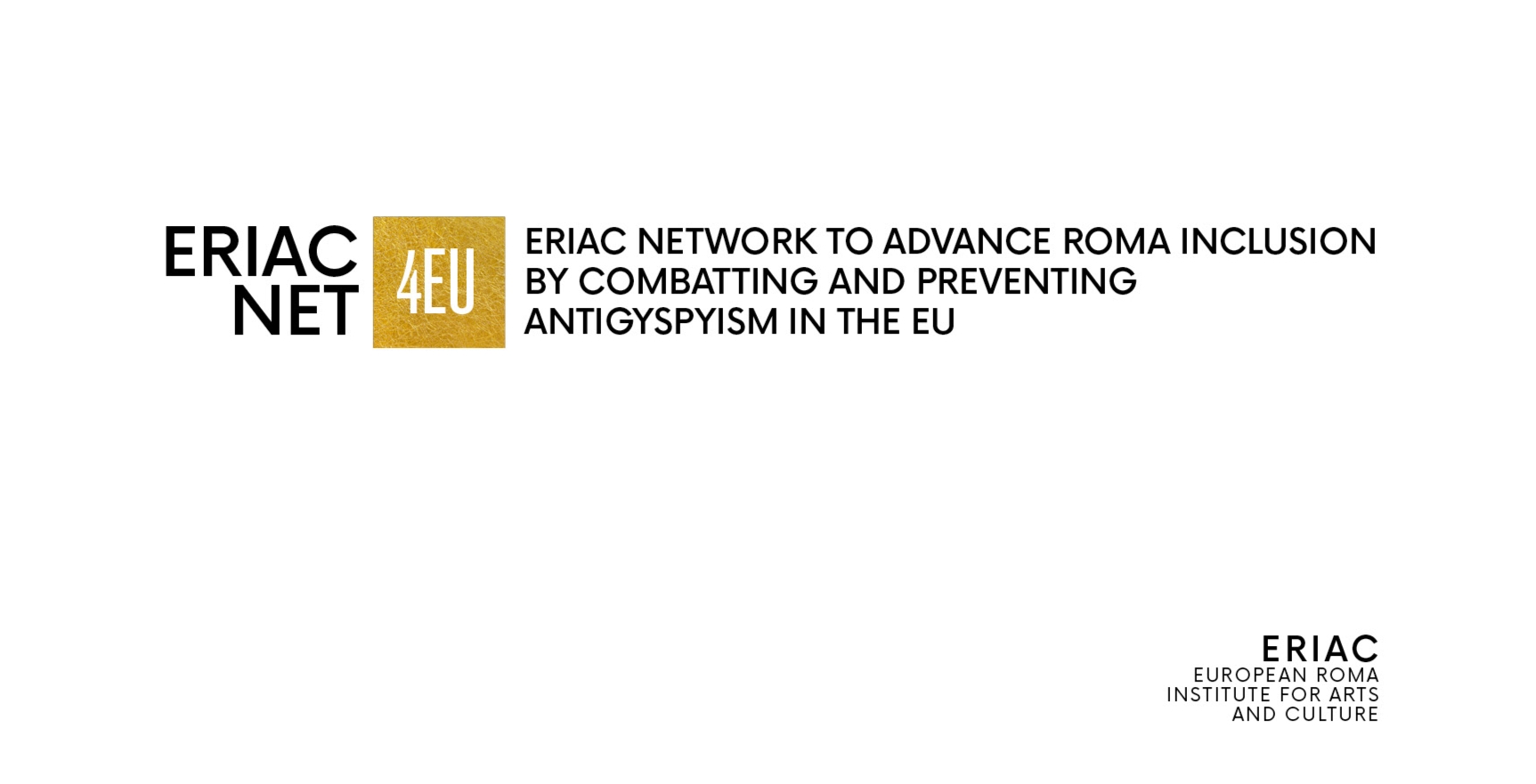 ERIACNET4EU network project aims at protecting, promoting and raising awareness of rights of Roma citizens of the EU and thereby at strengthening the EU values, in particular of equality, justice and non-discrimination and thus contributing to building a more democratic EU where all citizens can enjoy equal access and protection of their rights. The ERIACNET4EU project will offer expertise, specific know-how and reliable methodologies to support the implementation of the new EU Romaframework.