The Tajsa Prize honors an outstanding Roma individual who is enriching Roma arts and culture, embodies the founding principles of ERIAC, drawing inspiration from Roma cultural heritage while shaping and re-inventing forms of Roma cultural expressions for the next generation.

The Tajsa Prize is very special – it is sponsored entirely through the membership fees of ERIAC associate members, to nurture the spirit of community support, investing into Roma talent and creativity. The endowment of the Tajsa Prize in 2021 is of 5000 euros.

From all nominations submitted by ERIAC community – associate members, Barvalipe Academy members and Board members –  a pre-selection committee selected 5 finalists. 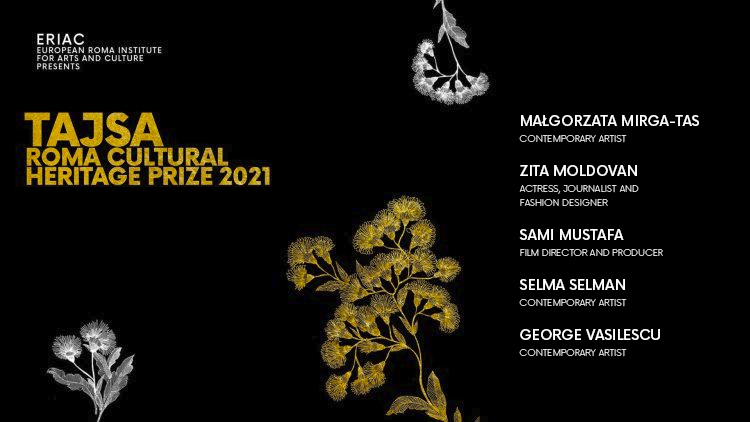 The International Jury composed of Barvalipe Academy members and in consultation with the ERIAC Board, will announce the winner of the Tajsa Prize during the Prize ceremony on December 10, 2021 at the National Theatre in Belgrade.

We are proud to reveal the finalists for the Tajsa Prize 2021:

Zita Moldovan is one of the most known Roma actresses in Romania, journalist and host for more than 15 years of the Roma TV show –” From the life of the Roma”. She is the co-founder of the first Roma theatre in Romania – Giuvlipen Theatre Company, for which she is an actress. Giuvlipen’s performances have a feminist and antiracist rhetoric and bring to life the issues of early marriage, anti-gypsyism, hate speech, hyper-sexualization, evictions and heteronormativity in order to promote discussion and critical thinking in our society. Together with her colleagues from Giuvlipen, Zita is lobbing for the founding of a state Roma theatre in Romania. She is also a fashion designer creating collections inspired by the cultural heritage of traditional clothing of Roma community. 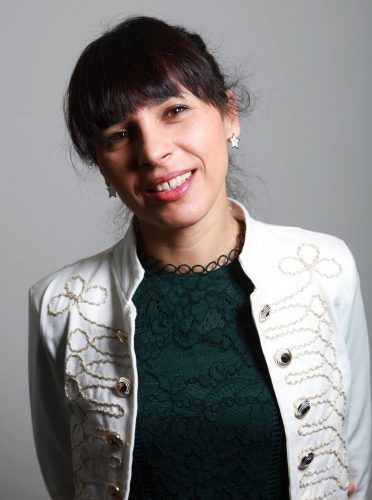 Małgorzata Mirga-Tas is a Polish-Romani visual artist, sculptor, painter, educator and activist. Born in 1978, she lives and works in Czarna Góra, a Romani village at the foot of the Tatra Mountains in Poland. She has been exhibited widely around the world. Among other highlights her work was prominently presented at the 42nd painting biennial »Bielska Autumn» in 2015. In 2020 her work was featured during the 11th Berlin Biennale for Contemporary Art. In 2020 she was awarded Paszport Polityki (Polityka’s Passport) in the category of Visual Arts, a high distinction in Polish contemporary cultural scene. In addition, Małgorzata has been selected to represent Poland at the 29th Venice Biennale. Her “Re-enchanting the World” will occupy the Polish Pavilion during the event’s run, from April 23 to November 27, 2022. 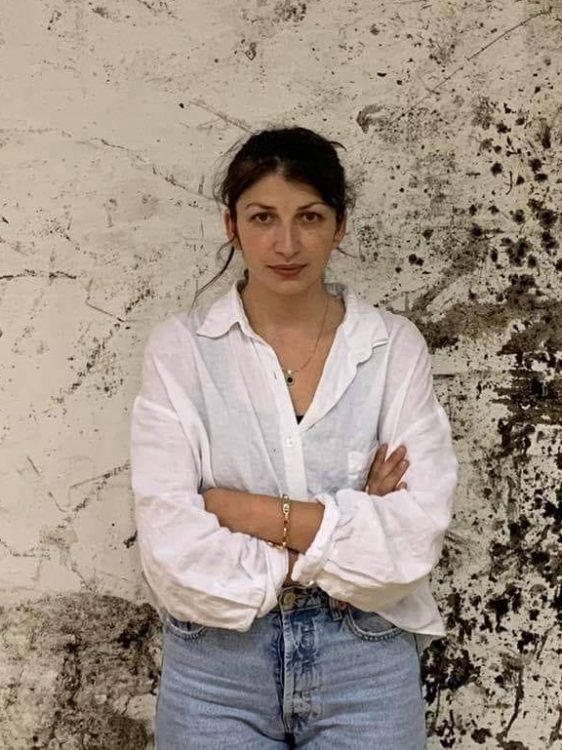 Selma Selman, a Romani artist and activist, was born in 1991 in Bihac, Bosnia and Herzegovina. Her work embodies the struggles of her own life as well as her community, employing a plethora of media such as performance, painting, photography and video installations. Her aim is to break down the prejudice which essentializes her community to the lowest common denominator denying them the right to self-expression. She has been exhibited widely around the world and received several awards. Selma is a founder of the organization ”Get The Heck To School” whose aim is to empower Roma girls all around the world who faced the ostracization from society and poverty. Lives and works in the USA and Europe. 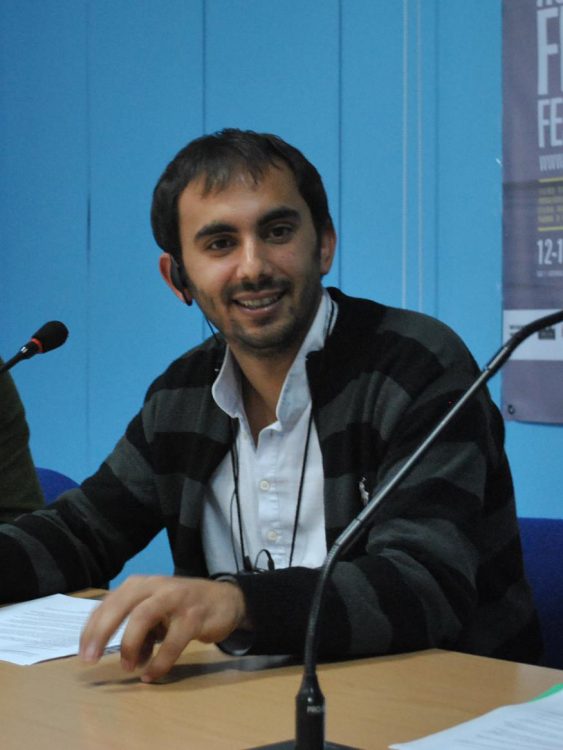 Sami Mustafa was born in Plemetina, Kosovo in 1984, and in 2011 moved to Lyon, France. He is an independent documentary director and producer, who in 2007 became one of the founders of Romawood production company. He initiated the Jekh Kham Jekh Sel (One Sun One Nation) project in 2007 and the well-known Rolling Film Festival, which has been running since 2009. He is a member of the International Romani Film Commission, the body responsible for fostering Roma cinema and filmmakers. Moreover, in his role as a film tutor he gives young Romani people the opportunity to learn how to express their lives, experiences and identities through artistic methods, and thus to produce documentary films. He is known for his first feature-length film, “Trapped by Law” (Kosovo/Germany), released in 2015. It tells the story of two Romani rap brothers from Essen in Germany who are deported to Kosovo. 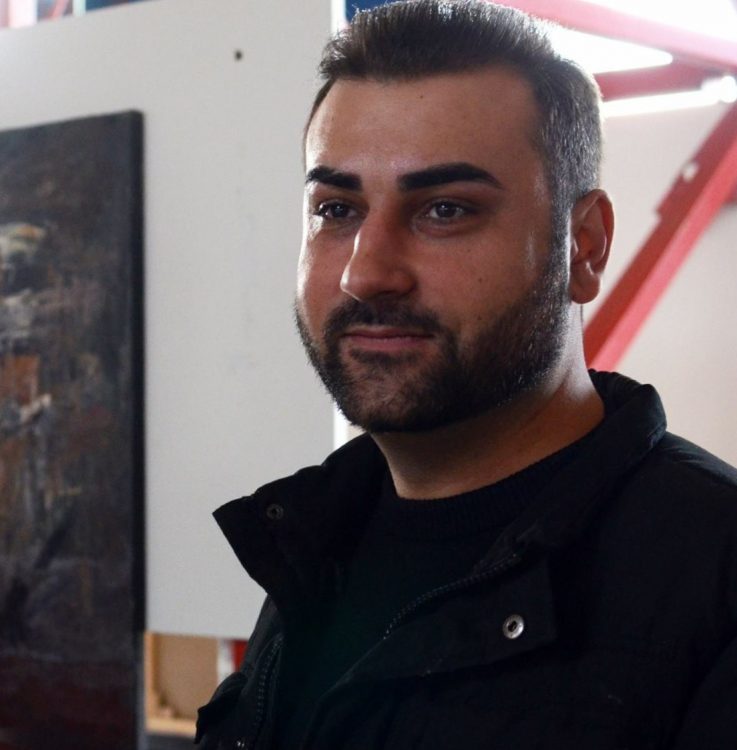 George Mihai Vasilescu, born in 1984 in Romania, is a visual artist and a tattoo artist. In 2019 he graduated from the art faculty in Bucharest, photo-video and digital image processing department. As a visual artist, he works with a variety of techniques including oil painting, prints, sculpting in bronze, plaster and ceramic, as well as photography and video. He has had several personal exhibitions, including at the Asian Society of Arts Bangladesh, Gallery KaiDikhas and the Romanian Peasant Museum. He participated with works in group exhibitions in Germany, France, Spain, Romania. The themes that interest him are loneliness, the impossibility of love, the Roma identity and history.