“In his 1940 film The Great Dictator a Romani named Charlie Chaplin sent a message of love against hate”. With these words, Romani filmmaker and screenwriter Pablo Vega introduces the evocative short film Proud Roma, whose premiere will be released on 25 January 2022, for the international audience. For Vega, the essence of Romipen, the essential heart of the universal Roma identity, is love. For this reason, in order to be faithful to this cultural reality, the message of Proud Roma is, as its director says, elaborated from the heart. This work is part of the Proud Roma Free Europe Campaign, which aims “to raise the voices of Europe’s forgotten nation”: the Roma nation.

With the production support of the European Roma Institute for Arts and Culture – ERIAC, an institution that never ceases to support the Roma avant-garde and those who break the mould, Pablo Vega sets out to pay homage to the spirit of brotherhood and union that Chaplin bequeathed to the world through his famous speech in The Great Dictator, in which he ridiculed Hitler’s fascist pretensions. But Proud Roma is not a copy of The Great Dictator, nor does it pretend to be, but rather a tribute, a tribute to the figure of Chaplin that works as a message of brotherhood and resistance in the context of a polarised world threatened by hatred. 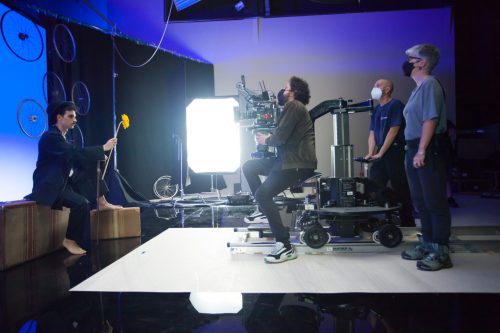 From Pablo Vega’s point of view, activism committed to the vindication of the Human Rights of the Roma People must address two fronts of reflection with the same involvement. The first front must be based on the effort to break clichés and stereotypes in the face of a majority society that has deformed the image of the Roma. The second, however, must focus on educating and making the community itself reflect. The truth is that many Roma and non-Roma are unaware that Chaplin had Roma roots, something that his family has always struggled to rescue from oblivion. It may seem paradoxical and contradictory to vindicate a historical figure who did not make his Roma identity visible during his lifetime as a symbol of Roma pride. But for the author of Proud Roma, Chaplin’s life shows that, in his heart, he always felt he had a duty to put himself in the place of the excluded. And that’s why Chaplin could reach out to everyone. He laughed at Hitler by being a kind and representative figure for all the cliché-breaking public.

However, Charlie Chaplin is not the main protagonist of the short film. While Roma dancer, choreographer and actor Tony Gabarri shapes the icon who, from a metaphorical sky, expresses his Roma identity in a dreamlike way and through dance, Alina Serban gives voice to the discourse and personifies the dignity of an entire people. Dignity is something feminine, says Pablo Vega. And in our people, the feminine side is the side of resistance. Therefore, the struggle in the face of centuries of persecution and oppression comes from the hand of Roma women, who occupy a very special place of pride within the Roma people. For Vega, it was very important that this discourse, elaborated with the help of the Roma musicologist and researcher Gonzalo Peña, was represented by a Roma woman, and who better than an award-winning actress, director and writer like Alina Serban.

A hostile world and the strength of dignity

Tony Gabarri, in silence and characterised as Chaplin, appears, in some moments of the short film, confined in a blue balloon, the ball of the world that traps the Romani People and does not allow them to move forward. This image reflects the reality of persecution. The symbol of the suitcases that accompany the character shows the ancestral diasporic reality as a representation of a People without borders. Proud Roma opens up through a theatrically inspired mise-en-scène that subtly uses the colours of the Roma flag: blue, red and green. It is a symbolic manifesto in which the Roma people are represented in a metaphorical and modern way. This has been the intention of Pablo Vega, who has used an avant-garde approach to give the general public an exciting account of the history and values of the Roma people.

Even so, the author doesn’t intend this short film to be a message aimed solely at Roma. It is true that the first intention is to call for the union of all Roma in the world. “We need to be united, without differences,” he says. “The Proud Roma campaign is about that. It’s about not hiding who we are. Unfortunately, there is still a great fear of being excluded. That’s why this work claims our resistance and our pride in who we are”. However, showing Roma pride also means demanding that the institutions recognise the Roma as a fully-fledged European people who have participated in the construction of the continent. Indeed, European identity cannot be understood without the Roma people. This piece, made with great effort and the disinterested involvement of many, is a tribute to the Roma. The dream of its author and all the participants is for it to become a viral phenomenon, an anthem. “It is also a great opportunity for our non-Roma brothers and sisters to see us,” he adds. Proud Roma has to contribute to unity, also from the world of art, and the greatest reward is that it reaches as many people as possible. The struggle of the Romani people needs it. 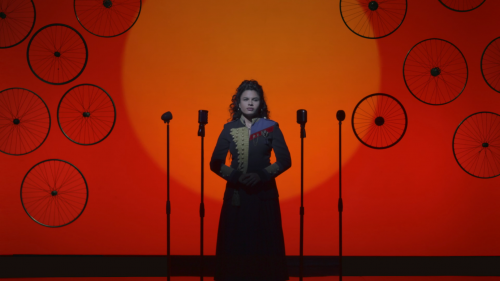 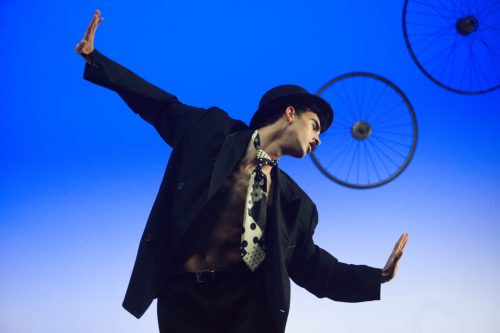 Proud Roma premieres on 25 January at Babylon in Berlin and online. Register here to secure your tickets for the offline event and find out more on the event page.