Each year, 2 August marks Roma Holocaust Memorial Day – a day of official remembrance for the Roma victims of the genocide which took place during the Second World War.

On 2 August, 1944 – despite resistance by the Roma – 2,897 men, women, and children were taken to the gas chambers and killed in Auschwitz. Each year on 2 August, we commemorate the 500,000 Roma people who were murdered in the camps, fields, and unmarked trenches of Europe during WWII.

Roma Holocaust Memorial Day is an important rallying point for our community and this year is no exception. Our transnational network will come together once again in a series of offline and online commemorative events to honour the memory of the Sinti and Roma victims of WWII and also combat the lack of widespread recognition and awareness about the Roma Holocaust.

Below we have collected for you a list of activities taking place around 2 August – stay tuned as we update the list with new programs in the coming days.

2 August – 30 October 2022, Belgrade
All the Birds are Praying for our Children exhibition. RomaMoMA at Manifesta 14.

ERIAC Serbia joins the #RomaRemember action this year with an art exhibition to commemorate the Roma victims of the Holocaust on 2 August Roma Holocaust Memorial Day. This exhibition of works by Sead Kazanxhiu, Farija Mehmeti and Zoran Tairović celebrates the Romani people’s resistance, resilience, and healing. The project is implemented within the framework of the Manifesta 14 Western Balkans project.

Curated by Cătălina Olteanu and coordinated by Ilina Schileru, Eugen Raportoru’s latest exhibition Gelem, Gelem Samudaripen opened at the National Museum of the Romanian Peasant (MNTR) on 13 July 2022 in commemoration of the 78th anniversary of the tragic events of 2 August, 1944. Adrian Tudor representing the transnational network will deliver a short opening speech. The exhibition and the jazz recital is organized in partnership with the National Center for Roma Culture-Romano Kher.

8 August 21:00, Kotor
Current Events in Contemporary Roma Art panel discussion with Zoran Tairović, Alina Serban and Sead Kazanxhiu, accompanied by a musical performance by The Pillers and Ferenc Snetberger. The event is organized by ERIAC as part of the KotorArt International Festival in Montenegro.

Concert of Serbian Roma band Kal. The band, whose name derives from the Romani language and means black, plays a unique mixture of musical genres, including the music of the Western Balkans, swing, jazz, blues and pop. The concert is presented by ERIAC as part of the KotorArt International Festival in Montenegro.

Djelem Djelem Roma Cultural Festival in Dortmund (detailed program here) and Memorial Manifestation Event in Vienna – in partnership with ERIAC and with contributions from ERIAC Board Member Gilda Horvath, who led the cooperation with the majority partners and was responsible for the conceptualization and organisation of the events.

ERIAC will also participate at the annual commemoration event at the Memorial to the Sinti and Roma Victims of National Socialism in Berlin. 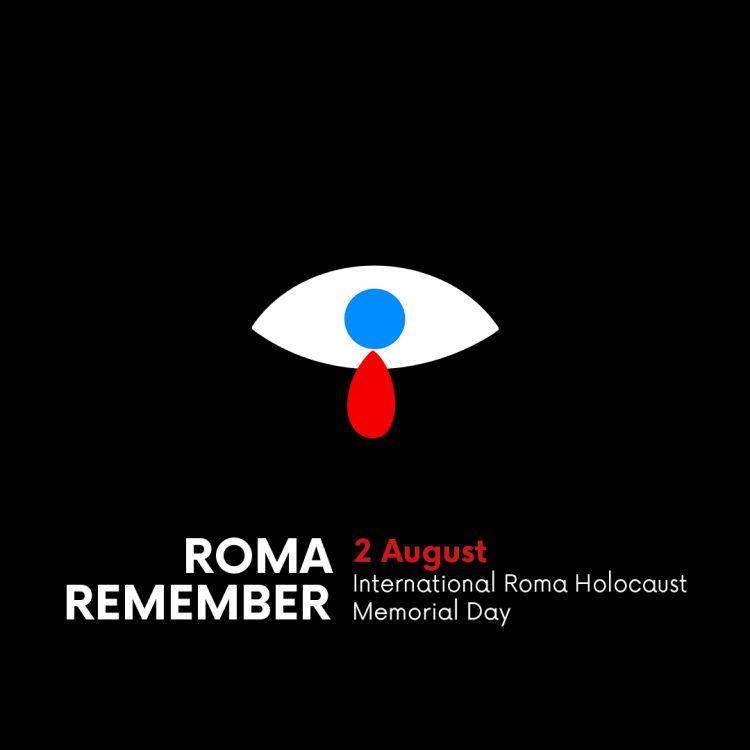