The summer course is part of the Roma in European Society Initiative funded by the Velux Foundations, Open Society Foundations Roma Initiatives Office, and the Roma Education Fund, in cooperation with Council of Europe.

The aim of this CEU Summer School was to link participating student and scholars with a transational network of scholars in order to investigate the forms of oppression faced by Roma and to analyse the mechanisms through which exclusion of Roma takes place in different fields of public life.

ERIAC became one of the contributors to the CEU Summer School this year, with Timea Junghaus giving lectures on the topic of “The Epistemic, Political, and Insitutional Development of Roma Art”. 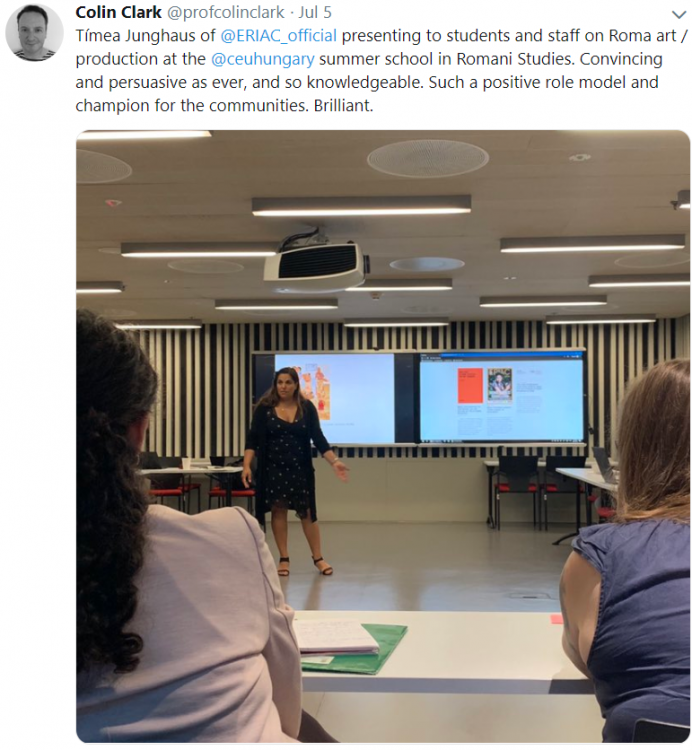