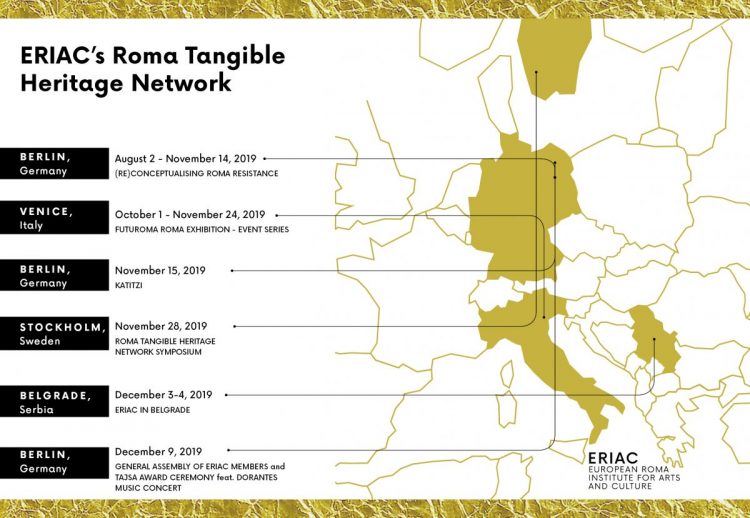 The aim of the ROMA TANGIBLE HERITAGE NETWORK PROJECT is to organize the exchange through six (6) large-scale, regional meetings inviting an international – primarily Roma and expert – audience in order to create a network for the institutions, organizations, and collectors who create the map of Roma tangible heritage in Europe. Focusing on tangible heritage of the Roma past will shed light on institutional cultural histories, will identify the artefacts and the archival- and conservation strategies connected to Roma arts and culture, and will enlighten all participants about the need to collect, preserve and bring in front of audiences the Roma collections, storages and artefacts in Europe. The THN PROJECT will emphasize the immense field of the cultural heritage of the largest European minority, the 10-12 million Roma people. This ERIAC project raises awareness about the Roma communities’ significant contribution to European culture by promoting new knowledge among majority societies, mainstream cultural institutions European governments.

The “ERIAC ROMA TANGIBLE HERITAGE NETWORK”, is the third international event series of ERIAC financed by the Federal Foreign Office of the German Government.

Opening of FUTUROMA Exhibition at the 58 La Biennale di Venezia