Exhibition Opening with the presence of the artists

On the occasion of the 75th anniversary of 2 August 1944 – the European Roma Holocaust Memorial Day – the exhibition “TEARS OF GOLD/ SOWNAKUNE JASFA” will open in Krakow on 31st of July, featuring works of European artists who deal with the subject of Holocaust memory.

The exhibition, curated by Krzysztof Gil and Anna Mirga-Kruszelnicka, is organized by the European Roma Institute for Arts and Culture (ERIAC), the Central Council of German Sinti and Roma, the Documentation and Cultural Centre of German Sinti and Roma, and the ternYpe International Roma Youth Network. It is linked to the “Dikh he na Bister” Youth Event, which brings together over 500 young people from across Europe, as well as the official commemoration of the 2 August Memorial Day, held every year in Krakow and Auschwitz-Birkenau.

In the poem “Bloody Tears,” Papusza (Bronislawa Wajs, 1908-1987) – one of the most famous Romani poets – encapsulates the horrors of World War II, vocalizing the individual and collective trauma of the wartime experiences of Roma in Europe. During the Roma Holocaust at least 500.000 Roma men, women, and children were massacred, with some countries annihilating as many as 90% of their entire Roma population. The experiences of the past were made even more painful, because for decades it was “the forgotten Holocaust” – unrecognized, invisibilized, unreconciled. The Roma Holocaust continues to shape the Roma transnational collective identity, and its consequences are still lived today.

But the memory of the Holocaust is also a powerful source of inspiration – and surprising beauty and strength – for generations of Roma Holocaust survivors and their children. Ceija Stojka, a Roma Holocaust survivor from Austria and a famous Roma painter, writer, and activist, used the language of art to create consciousness among the Roma about the importance of our own cultural persistence. She believed that “the blood of the victims will turn into gold in the hands of the new generation”. The memory of the Holocaust is an anchor in the painful past of Roma – but our survival is the binding force of the Roma communities today. The scars become part of our legacy which help us to celebrate the resilience, resistance, and power represented by our very existence.

Like in the ancient Japanese art of Kintsugi, in which pieces of broken ceramics are remolded together using gold, so the Roma identity is assembled back, giving testimony to our survival. The philosophy of Kintsugi affirms that breakage and repair are part of living history, rather than something that needs to be disguised. For Roma too, the memory of the Holocaust is the binding glue of contemporary Roma communities, reflecting the majestic beautify of surviving Roma culture.

The gold is a symbol of divinity, indestructibility, eternity, immortality, glory, perfection, spiritual enlightenment, vitality, blood, life. Over centuries, gold has been associated with the sun and the heavens; churches and icons were golden-plated to represent the divine sacrum. Likewise, many Romani myths and legends use the symbolism associated with gold.

The “Tears of Gold” exhibition present the works of artists who deal with the subject of Holocaust memory. Through art they evoke the trauma of World War II, thus giving a testimony to the memory of the Roma Holocaust as a premise to reclaim identity and existence. The traumatic heritage of the Holocaust is transformed into metaphorical gold, which brings the fragmented pieces of memory to put together the scarred yet beautiful Roma cultural whole. 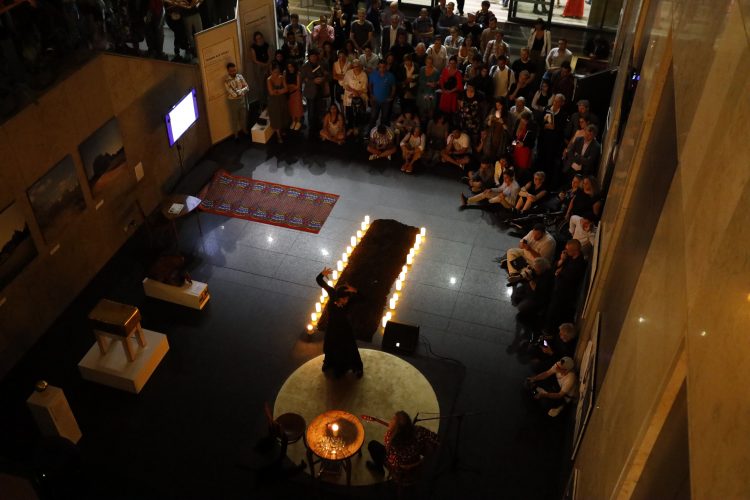 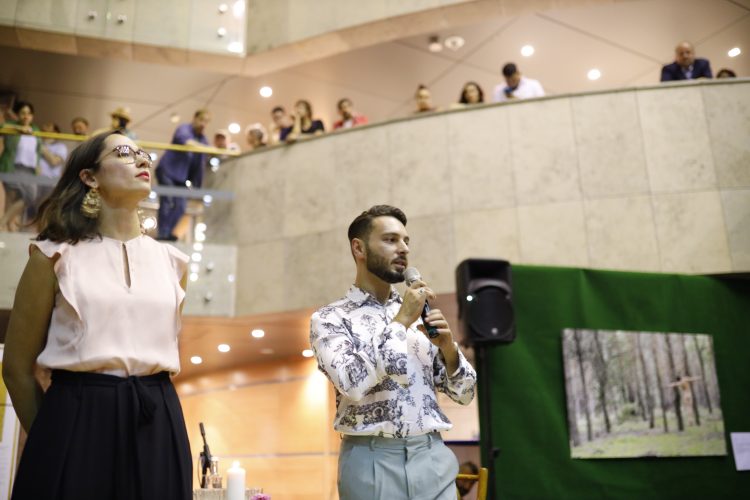 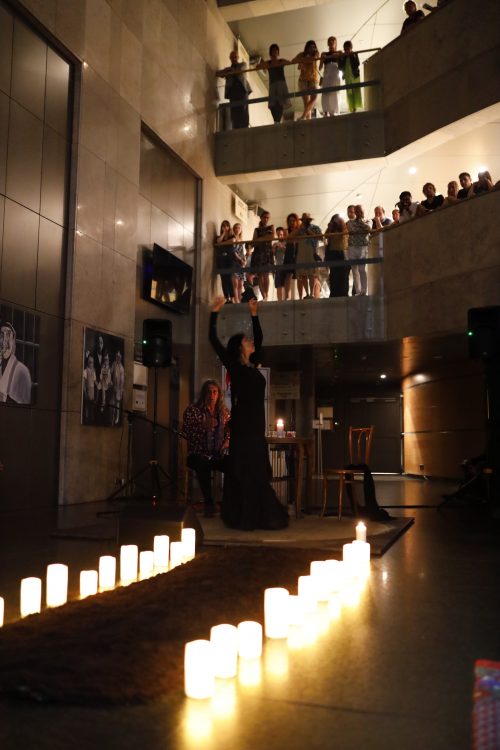 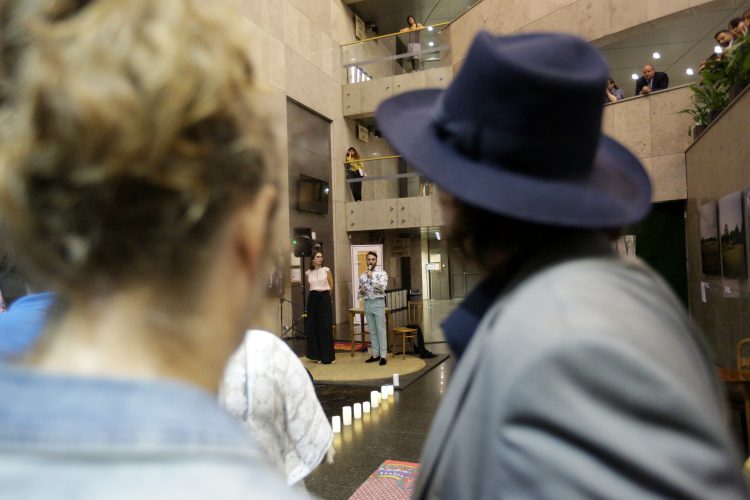 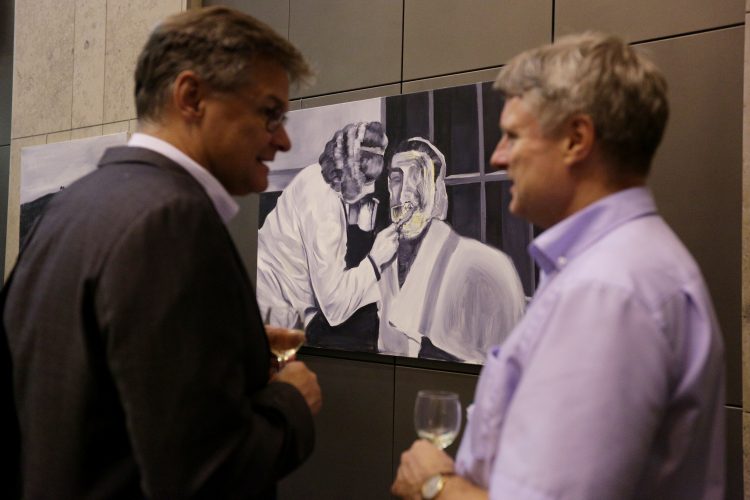 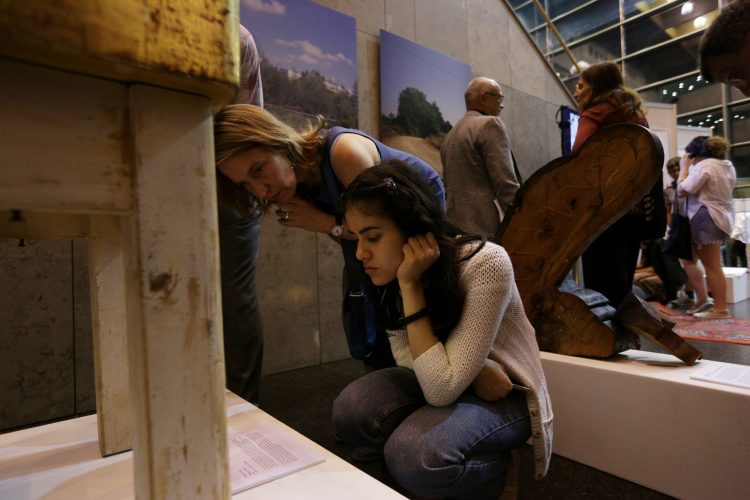