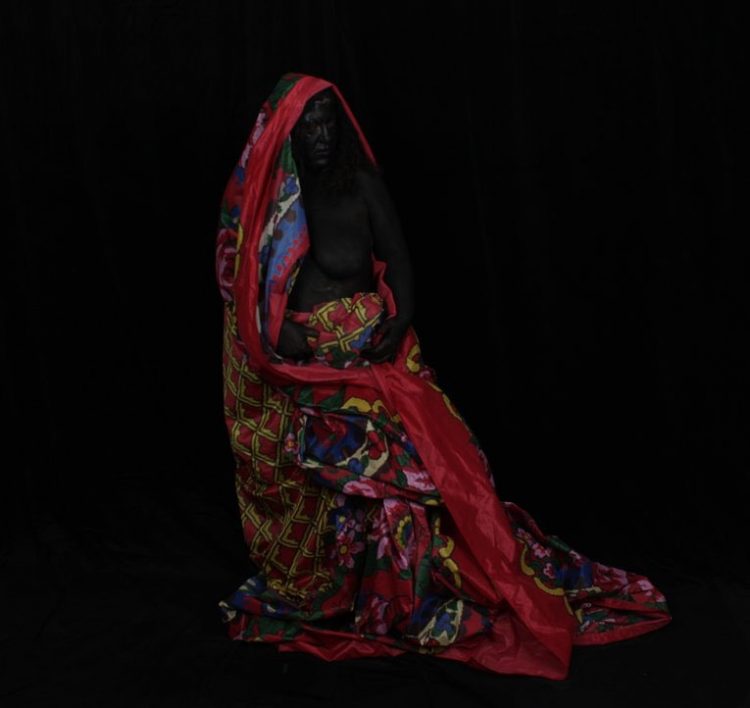 RESIST![1] illuminates 500 years of anti-colonial resistance in the Global South, shining a light on colonial oppression and its effects up to the present day. The exhibition pays homage to all the women, men and children who have resisted in multifaceted ways and whose stories remain mostly untold or unheard. Numerous works by contemporary artists from the Global South and the diaspora, objects from the collection of the Rautenstrauch-Joest Museum Cologne (RJM), dance, film, music and historical documents, all render visible the stories of rebellion and war, violence and trauma, as well as survival and resilience.

Four autonomous spaces curated by artists and activists open up new perspectives on resistance. Nigerian artist Peju Layiwola focuses on looted cultural objects from the Kingdom of Benin (Nigeria), many of which are also in the collection of the RJM, and has invited several Nigerian artists, some of whom have been dealing with the looting of Benin bronzes in 1897 for decades in Nigeria and the diaspora. Namibian activists Esther Utjiua Muinjangue and Ida Hoffmann reveal the genocide of the Herero and Nama in Namibia. Hungarian curator Tímea Junghaus has invited Sinti and Roma artists to address their struggle for self-determination. The Cologne-based post-migrant association In-Haus e.V. denounces colonial continuities.

Participatory formats, including repair and writing workshops, storytelling cafés, a growing “Library of Resistance”, and live speakers with whom visitors can engage in dialogue offer a platform for the critical examination of colonialism and its perpetuation, and also create spaces for discussion, listening, networking, and solidarity.

The following text by curator Tímea Junghaus offers the background to the autonomous space of Roma RESIST!

The Sinti and Roma constitute the largest internal colony of Europe. Although the majority of the 12 million strong Sinti and Roma population lives in Central Eastern and Southern Europe, every European state has a significant Roma minority. Sinti and Roma have been present and contributing to the history, culture and life of Europe for over six hundred years. The Roma Sinti history within Europe comprises persecutions, expulsions, slavery, violent events and genocides. The Roma Holocaust resulted in over 500,000 victims, and was only first publicly acknowledged in 1982. The 500 years of Roma slavery remains a hidden history of Europe.

In the case of the Sinti and Roma, we must understand colonialism as a strategy of the majority in order to maintain asymmetrical relations in economic and political power (in the sense that Edward Said speaks of “Orientalism” as the application of different strategies, the common result of which is the superior position of the “West” versus the “East”). The unequal power relations of colonial power can be easily identified: e.g., the way knowledge is gained about the Roma without the Roma’s own contribution, and its dissemination without Roma agency, are all ideological accompaniments to colonial power. The civilising efforts of majority societies towards the Roma extend throughout European history up to the present day, when a neo-colonialist attitude towards the Roma is widespread in the political landscape: the political discourse of contemporary integration politics is the “Gypsy problem”, which frames the issues that Roma face (such as housing, segregated education, health and employment) as the essentialised by-products of Roma Sinti culture.

New research testifies that the Sinti and Roma have always taken an active and conscious role in shaping their lives and defining their own faith. Roma history is a story of escapes, uprisings, heroes, active participation in the partisan movements… In this process of re-learning, Sinti and Roma resistance emerges as an inspiring model for their knowledge and agency.

Ethnographic museums have contributed to the social assignment of Roma bodies to an underclass, and were historically instrumental in shaping both slavery and mass media. Today, the role of the ethnographic museum must be to theorise and explore how race is enacted in the moment of the gaze, and how this spectatorial surveillance complicates social relations due to how it is historically and inextricably woven into the European collective consciousness and the European cultural ethos via popular media.

Our objective is the liberation of Roma subjectivity – and therefore the liberation of the Roma people. In this special exhibition, Roma bodies are not described as a way to objectify, re-shape or dis-figure Roma. Instead, here the Roma body is the vehicle for finding specific practices to re/configurate diasporic gazes into subjects, and to invite ourselves to be viewers: “[…] to uncover the colonial discourse inscribed in us and to depict it in exhibitions so that it is quasi disenchanted, to unmask the Western master-discourse as a historical legend”.[2]

Roma RESIST! takes its departure from the series of photographs documenting the research by anthropologists and racial scientists, Robert Ritter, Eva Justin, with Sophie Ehrhardt recording the making and collection of masks with original human remains during the National Socialist Regime. 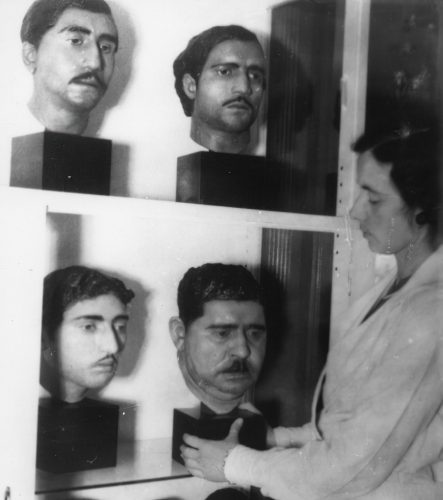 Head sculptures of Sinti and Roma inside a display cabinet at the ‘Racial Hygiene Research Centre’, 1942.

Roma subalternity, as Gayatri Chakravorty Spivak condensed in her philosophy: “this burden of being the ‘other’, and the physical, symbolic, epistemic – violence”, i.e., the colonising act of European majorities toward the Roma, is most visible and evident in the visual field. Thus, exploring the desires of Roma subjectivity through the visual has transformative power, and any intervention by the Roma into the conflicting history of Roma representation operates as an act of resistance.

As a counterpoint to the horror of anthropological photos, and also to the false romanticised, sexualised and criminalised image of the Roma in the history of western art, Roma art is a movement for self-determination.

The works by Robert Gabris, Małgorzata Mirga-Tas, Emília Rigová, Selma Selman, and Alfred Ullrich contain the imaginings of the Sinti and Roma transformative subject, the prospects of new historical and political tectonics for our common prosperity, building on the power of assembly, and the alliances we establish for the self-determination of all minorities. 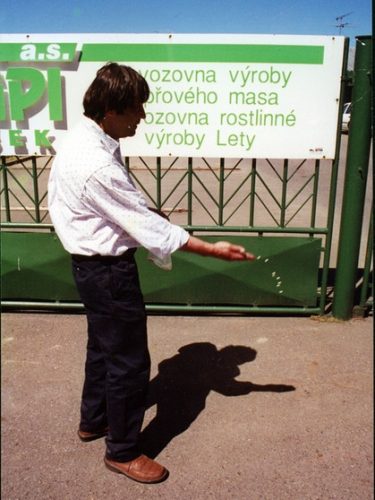 These artists were chosen specifically to place their own messages – both very specific to their own background, history and culture, and also absolutely universal and contemporary – in dialogue with the artists of the other particular spaces and subjectivities of RESIST! They all – but particularly, Robert Gabris, Emília Rigová, and Selma Selman – put their own bodies very much on the line in their works, openly claiming their Roma origins, with Rigová reflecting back to Roma matriarchal mythology, and Gabris intimately placing his own body parts and identity into the traditional context of the ethnographic museum, through an entomological lens. Selman cries out from the most personal and intimate space, simultaneously declaring her solidarity with such countercultural movements as BLM. Małgorzata Mirga-Tas also refers very much to the matriarchal strength and resilience of her Roma heritage, paying homage to her mother and other heroines in authentic patchwork compositions that link the past to the present. Alfred Ullrich’s most political of performance art takes us by the hand to confront us with history in a present-day frame at one of the most significant sites of the (Roma) Holocaust, very literally Casting Pearls before Swine. They are all fighting for equality and the recognition they, as Roma, deserve, while uniting with other cultural minorities and those on the periphery, using their voices, their language against hate.

[1] RESIST! The Art of Resistance is on view at the Rautenstrauch-Joest Museum – Cultures of the World, Cologne, 1 April – 5 September 2021 (following multiple Covid-19 related delays).