dis/heard: A Threnody OR Undoing the Archive of Persecution + Reconstituting Romani Women’s Subjectivity 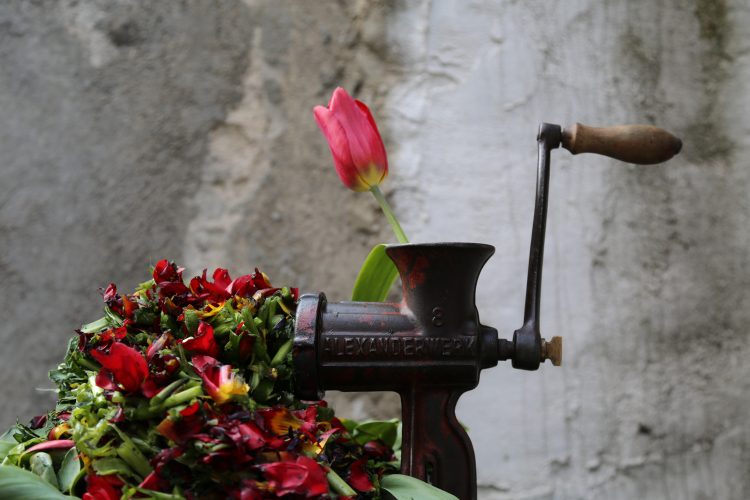 Romani people’s experience during the Holocaust, as a racialised group persecuted under the Nuremberg Racial Laws and targeted for extermination by the Nazis, remains one of the least known aspects of the Holocaust. Ignorance surrounding the persecution of Roma is so widespread that the epithet ‘unknown’ or ‘forgotten’ often accompanies any discussion of the genocide of the Roma during the Second World War. For Romani people, this ‘forgotten-ness’ has amounted to a trauma that does not receive due recognition in memorialisation and commemoration settings. The way in which dominant society has failed to bear witness to the persecution of Roma has resulted in a double trauma, as a failure to recognise past hurt, feeds present violence and discrimination towards the Romani community across Europe. The specific experience of Romani women during the Holocaust is an even more marginalised aspect of the Holocaust, that is often left out of dominant narratives, even when the genocide of the Roma is mentioned. Stereotypes about ‘Gypsy’ women, as hyper-sexualised and primitive, meant Romani women were treated harshly in concentration camps; in testimonies, Romani women describe the horrors of rape, forced sterilisation, and harassment. This video installation seeks to bring light to Romani women’s experience of the Holocaust, and connects it to the everyday intersectional discrimination Romani women face in Europe today. The work is guided by Spivak’s, Can the subaltern speak?, in which she focuses not only on the representation of the subaltern subject in grand historical narratives, but importantly on whether the ‘voice-consciousness’ of the subaltern is audible in official documents of the State. Is a Romani subjectivity preserved in ledgers of names enumerating the victims of Nazi-era State violence? Is their subjectivity preserved in photographs housed in archives across the world, that seem rather to preserve, recite, and recirculate their denigration? The archive is full of photos of Romani women being humiliated by Nazi soldiers, forcing them to undress and pose. The images are dehumanising, painful to look at—one wishes they could intervene to offer them concealment as redress for their violent unclothing. This installation performs an undoing of the archive, by generating a space of reclamation for Romani women’s subjectivity, which has been distorted by the archive. In the video, flowers act as a proxy for Romani women’s subjecthood, dignity, and humanity, and the grinder as the violent instrument of the State. The audience witnesses the annihilation of a Romani subjectivity that is then reconstituted through a process of healing lament. The soundtrack is a fragmentary threnody (a song of lamentation from the Greek thrēnos or dirge + ōidē or ode,) based on Romani musico-orality, including songs that commemorate the genocide of the Roma.

The installation is on view until 27 November 2022, within the exhibition, Eugen Raportoru: The Abduction from the Seraglio and Roma Women: Performative Strategies of Resistance, the collateral event of the 59th International Art Exhibition – La Biennale di Venezia

3 responses to “dis/heard: A Threnody OR Undoing the Archive of Persecution + Reconstituting Romani Women’s Subjectivity”