THE RESTITUTION OF ROMANI ARTWORKS AND ARTEFACTS 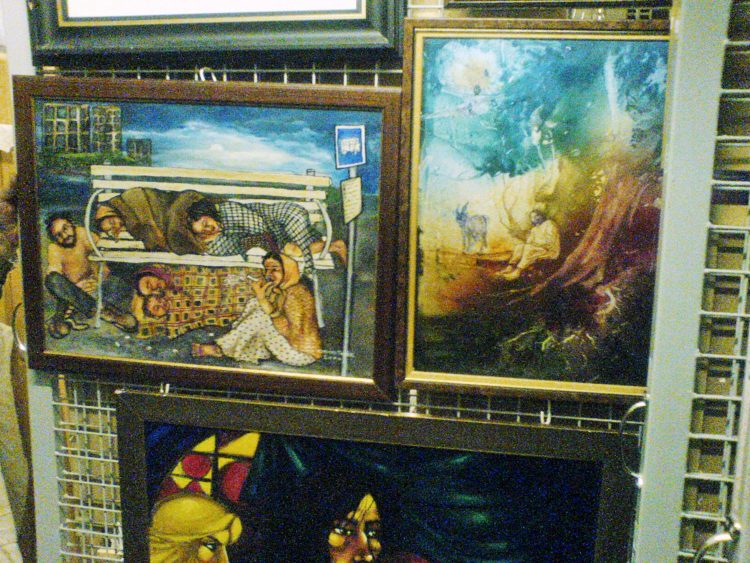 Panel discussion within the online conference, Critical Approaches to Romani Studies, organised by the Romani Studies Program at Central European University (CEU), in partnership with ERIAC and OFF Biennale Budapest, 31 May 2021.

Recent struggles for racial justice and decolonisation have forced cultural institutions, museums, and galleries all over the world to critically reflect upon their past, their exhibited objects, and their present narratives. Among many colonialised communities whose looted artefacts were snatched from their original contexts and displayed for purely aesthetic purposes, the Roma, too, have been building pressure, challenging representation and reclaiming their own cultural heritage.

Similarly to other colonised communities, Romani culture has been perceived and studied as “exotic”, “oriental”, “primitive”, and “naïve art”. Romani artefacts and artworks have been “collected” by museums and galleries all over Europe. In Hungary, for instance, more than 4000 artworks were acquired (and catalogued, primarily as ethnographic objects) by seven institutions; yet, to date, there is not a single permanent exhibition where Roma art can be viewed or studied in an ethical manner. Furthermore, a large part of these collections has been stored under horrific conditions, exposing the artwork and artefacts to potentially serious damage. Roma communities have no access to their own cultural heritage, and Roma participation in shaping their own discourse has remained extremely limited, with Roma de facto excluded from knowledge production.

This recorded restitution panel was a joint initiative of the Romani Studies Program at Central European University (CEU), the European Roma Institute for Arts and Culture (ERIAC) and OFF Biennale.

Questions under discussion included: What kinds of artefacts and artworks should be exhibited and for whom? What kinds of institutions could exhibit Romani artefacts and artworks in an ethical way? What principles should be respected when reassessing collections containing Romani objects? How should exhibitions address stereotypical representations of Romani culture and the dilemmas of self-representation? Has the time finally arrived to restitute Romani artworks and artefacts?

The restitution panel was introduced by Angela Kocze, Chair of the Romani Studies Program at CEU, as well as Hajnalka Somogyi, Founder and Co-Curator of OFF-Biennale Budapest, and moderated by Anna Mirga-Kruszelnicka, Deputy Director of ERIAC. Panelists were visual artist and curator Daniel Baker (UK), Anna Szasz, RomaMoMA Curator at OFF-Biennale, Maria Lind, former Director of Tensta Konsthall, Stockholm, and current Councillor of Culture at the Embassy of Sweden in Moscow, and Nanette Snoep, Director of the Rautenstrauch-Joest-Museum (Cultures of the World, ethnographic museum), Cologne (D).

The discussion comprised a public forum for one chapter in an ongoing discourse, which you can continue to follow on the RomaMoMA blog.

We will soon be posting the transcript of the exciting presentations and conversation, but this week, enjoy watching the video recording, especially if you did not have the chance to be there with us on 31 May.

3 responses to “THE RESTITUTION OF ROMANI ARTWORKS AND ARTEFACTS”