The Museum of Finnish Roma Culture 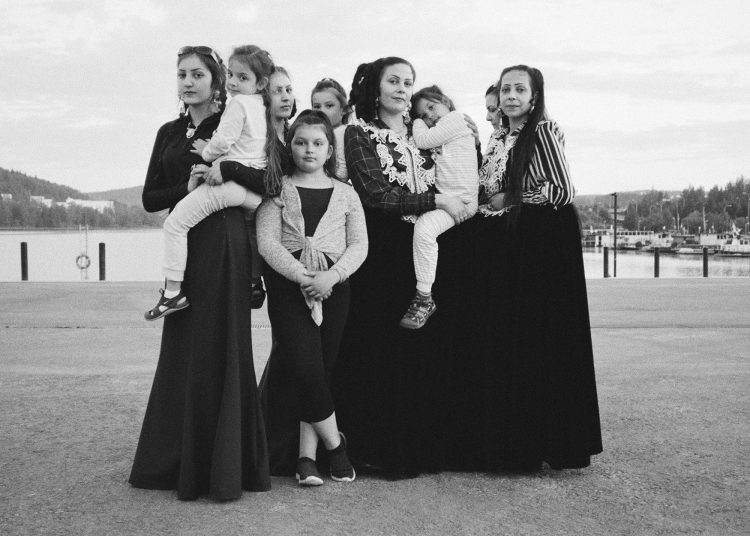 Roma singer Hilja Grönfors and film director Katariina Lillqvist started their cooperation in the late 1980s, during the annual Roma festival in Porvoo, a town on the southern coast of Finland. Grönfors was a regular performer there, and Lillqvist was curating the film section of the festival, as well as taking care of visitors from the former Czechoslovakia, which was her second home.

The cultural exchange between these two countries started to develop fast after the Velvet Revolution. Lillqvist was able to work more freely in the new Czech Republic, making film and radio documentaries that portrayed the everyday life of the Roma in the fast-changing post-socialist society. Together with Czech Roma writer Margita Reiznerová and Finnish Roma musicians, she created the first animated series of Roma history, Mire Bala Kale Hin, for the Finnish and Czech national broadcasting companies. Professor Milena Hubsmannová from the Charles University was the godmother of the project, which was later translated into six European languages.

Meanwhile in Finland, Hilja Grönfors rescued some treasures of Finnish Roma music from oblivion, and invited Katariina Lillqvist to create a documentary about their enchanted world, the associated cultural history. This Land Was Not My Land was completed in 2005, and had its European premiere at the Khamoro festival in Prague, with Hilja Grönfors and a group of Finnish Roma activists in attendance. As part of their trip, they visited the Museum of Romani Culture in Brno, which made a great impression on the delegation, which donated a valuable selection of traditional Finnish Roma costumes to the institution. The Brno experience proved inspirational, Grönfors and Lillqvist immediately started to plan a project for a future Finnish Roma Museum.

The Years of Development

In 2006, the collective formed around the idea of the Finnish Roma Museum started to meet regularly in Helsinki. Their first official project was Kino Kalderas, a Roma film festival that brought together Scandinavian and Eastern European Roma documentaries and short films. A delegation from the Brno Museum of Romani Culture was attending, including the director, Dr Jana Horvathová, and during their visit they saw more examples of traditional Finnish Roma costumes and some treasures of golden Roma jewellery.

Hilja Grönfors continued her research into the local Roma musical tradition and Katariina Lillqvist started to collect the oral histories of the other vanishing professions of Finnish Roma culture, like horsemanship and lace crocheting. They also started to collect Roma costumes, Roma lace works and everything connected to horses, from saddles to horseshoes. Sculptor Juhani Harri, a well-known patron of Roma culture, helped in many ways, and a group of self-taught Roma artists started to meet regularly in his atelier, creating collages and ready-made objects based on old, handmade Roma tools and articles.

Both key artists of the museum project, Grönfors and Lillqvist, soon received the highest distinction in Finnish cultural life, the Ars Fennica, the national art award of Finland. Lillqvist was given the award in 2006 for her long career in documenting the life and traditions of European Roma communities, and Grönfors received it in 2008 for her unique collection of over 200 traditional Finnish Roma songs.

In 2010, the museum project gained access to the first small premises for the collection when local Film Cooperative Cagliostro—the producer of Katariina Lillqvist´s Roma documentaries—gave the project a place in their own headquarters in Tampere. There was no room there, however, for the larger items like the carriages and sledges, which were deposited in and old barn in the village of Porras.

The Birth of the Museum

After struggling in small spaces for over a decade, the museum project finally started to grow and the collective were given their first independent showroom in the Lapinlahti Cultural Centre, a former hospital in the heart of Helsinki.

The museum was registered in 2018, and the official launch of the Finnish Museum of Romani Culture (in Finnish, Romanikulttuurin museo, or RKM for short) took place in FinnAgora, the Finnish Cultural Centre in Budapest, where the team of RKM was visiting in October 2018, meeting with the RoMedia Foundation and local Roma musicians.

After the registration, RKM received the first long-term grants and basic national and municipal support funds for future exhibitions, archiving work, and the cataloguing of the existing collections of artefacts, as well as the audio-visual collections of Finnish Roma oral and musical heritage.

Establishing contact with the Hungarian Roma organisations during the cultural exchange visit to FinnAgora, Budapest, October 2018.

UNDI – Treasures of Roma Lace. An exhibition at the Lapinlahti Cultural Centre (www.lapinlahdenlahde.fi), with the support of Museum Council of Finland.

Retrospective of the Roma documentaries of Katariina Lillqvist in Prague, realized in cooperation between the Finnish Kinocafé, the Finnish Embassy, Cinema Lucerna, the Finnish Film Foundation, and the Finnish and Czech televisions.

RKM received three years’ worth of funding for the Museum’s publication series, the first titles being Oh, My Rose, a collection of ancient Finnish Roma songs, The Finnish Roma Cookbook, and Memories of a Roma Singer, the autobiography of Hilja Grönfors.

The Museum was also involved in film projects, such as Fields of Sorrow, a music video project featuring Hilja Grönfors and the Helsinki Balalayka Orchestra, directed by Jan Senius (Czechia).

Deep are the Forests of the Earth was an installation based on Katariina Lillqvist´s field recordings in Karelia and works produced at the sculptural/collage workshops of Juhani Harri.

UNDI – Treasures of Finnish Roma Lace: an exhibition in the Mikulandska Gallery in Prague, with the support of the Nordic Cultural Council, and in the Jakobsberg Cultural Centre, Stockholm, with a concert by Hilja Grönfors Trio.

Oh, My Rose, a two-channel experimental media art project, based on the music videos of Hilja Grönfors and Katariina Lillqvist, animated footage of the historical Roma lace collection of RKM, and the documentary, A Cross for Memory, by Czech director and VR/ VFX artist Jan Turek.

The Prison Song Project, with the support of the Finnish Cultural Foundation (2022–2023).

Currently RKM is planning a long-term cooperation with the Oulu 2026 project, which prepares the Finnish city to be the European Capital of Cultural.

It is also starting a workshop for emerging Roma artists in Finland who would like to try new media in visual art productions, with help from Czech professionals.

RKM is also one of producers of a new series of animations by Katariina Lillqvist, In the King´s Town, which is based on the stories of Finnish Roma families that moved from rural Finnish Karelia into the urban area of Stockholm, Sweden in the 1970s. The series is an international co-production between Finland, Sweden and Czechia, with support from the Finnish television company YLE, the Finnish Film Foundation and the Finnish Cultural Foundation, AVEK, the Promotion Centre for Audiovisual Culture, and others.

RKM is working in close cooperation with the major Finnish Roma organisations, Scandinavian and European partners, TAIKE, the Arts Promotion Centre Finland, the Museum Council and the Finnish Ministry of Culture and Education.

About the Finnish Roma Community

Roma people have been present in Finland for over 500 years. There are now an estimated 10,000 Roma in Finland, most of whom live in cities in the southern and western part of the country.

Finland’s policy towards its minorities began to change towards the end of the 1970s, when the first anti-discrimination laws were enacted. The assimilation drive of the early 20th century was abandoned and special measures were introduced to improve the position of the Roma.

A general change in attitudes was reflected in the 1995 reform of constitutional rights, which for the first time secured the position of the Roma in legislation: ‘No one shall, without an acceptable reason, be treated differently from other persons on the ground of sex, age, origin, language, religion, conviction, opinion, health, disability or other reason that concerns his or her person.’

The men of the Finnish Roma, or Kale, were traditionally artisans and highly skilled horsemen, even self-taught veterinaries; in modern times, there was less and less call for their skills, which lead to a significant rise in male unemployment within the group from the 1960s on. Today, young Roma are studying in all tiers of the Finnish educational system, which is mostly freely accessible for all age groups.

For Kale women, lace crocheting was an important source of income, along with household textiles decorated with lace. The decorative style that marks their traditional costumes and is still in use features heavy, full-length black velvet skirts worn relatively high at the waist, supported by padding, and puffed blouses, often with prominent ruffles and lace, made of ornamental cloth decorated with sequins or of a metallic sheen. Kale women are free to decide whether they want to wear the traditional dress or not, but once they choose to wear it, it is not appropriate for them to change their mind.

From the 1950s, better job opportunities and less discrimination attracted many Finnish Roma to Sweden, where now some 4,500 of them live. They are the only Roma group to wear their traditional dress.

For centuries, the Finnish Kale lived in geographical isolation under the harsh Nordic climate, which allowed their songs to retain their original form. Musicologists can still find echoes of ancient Indian scales in their melodies, and the language of the Finnish Kale still has words which are similar to Sanskrit or Hindi.