Critical Reflection on the RomaMoMA Initiative 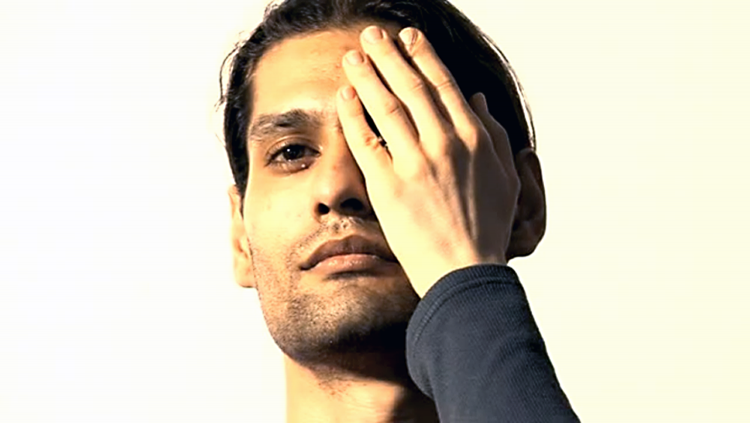 Still from the performance “Rewritable Pictures” by Sostar Collective, 2010

This critical reflection comprises a subjective questioning and mind-mapping woven into the analysis of the Sostar Collective’s video, entitled Rewritable Pictures, in which the author attempts to translate the issues raised by critical contemporary art into thinking about the institutional possibilities of a future imagined Roma museum.

The following text is a succinct reflection of constructive intent on the RomaMoMA initiative, the thoughtful project of a new partnership, the joint work of ERIAC and the OFF Biennale, that brings together theoretical and practical professionals for a unique purpose. The aim is to plan, create and establish the theoretical, professional and financial foundations of a modern and contemporary Roma art museum, and for the future implementation of the institution.

The critical reflection is the subjective questioning and mind-mapping, woven into the analysis of the Sostar collective’s video, entitled Rewritable Pictures[1], in which I attempt to translate the issues raised by critical contemporary art into thinking about the institutional possibilities of a future imagined Roma museum.

In order to ask my questions about RomaMoMA, I would invite the reader to a thought experiment. Imagine how the Rewritable Pictures video from Sostar collective would work if it were included in the collection of RomaMoMA. The chosen artwork is the video documentation of a performance that critically reflects on such questions as archival frameworks, museum cataloguing, and collection categorisation, among others.

In the 2000s, the Sostar collective was formed by Roma artists André Raatzsch, András Kállai, Henrik Kállai, Gusztáv Varga and József Choli Daróczi. Sostar carried out critical actions and performances to question the adjective constructions “Roma”, “Roma artist”, “Roma painting” and “Roma art”. One of the milestones of their work was the {roma} The contract to sell the ethnicity exhibition in 2014.

The Rewritable Pictures video was made in 2010, but still raises current and critical questions about the power relations of museums, and the unequal power relations fixed by archival structures; thus, we can compare its analysis with the questions of the institution, RomaMoMA.

In the Rewritable Pictures performance, photos lent by the former “independent” Roma collection of the Hungarian Museum of Ethnography, depicting Roma in everyday situations, played the central role. With dancers and actors in a kind of re-enactment process, they tried to replay the situations of the original taking and presentation of the photos (evoking moments of running children, a smiling couple, and studio photography). In front of a mirror with contact improvisation scenes, they opened up a space for the interpretation of the photos, creating a kind of contact zone between the labelled images glued to the mirror, the figures moving in front of the mirror, the reflection, and the video. There were attributes written on the labels and explanatory questions, such as: Why set up a Romani photo archive? Why categorise the photos? The Sostar group made an attempt to find an answer to the question of how the unequal power relations fixed by archival structures could be dissolved with the aid of performative practices. Is it possible to “break out” somehow from the preserving framework of the museum collection with the help of critical contemporary art?

For the sake of the thought experiment, let’s imagine ourselves in the situation when we watch the Sostar collective’s Rewritable Pictures video, in RomaMoMA. Already during the imaginary entry into an imaginary institution, thoughts and questions zigzag through our brains that we cannot leave without mention:

What should an ideal Roma museum put on view? What should it focus on?

Who would have the privilege of deciding on the content of an ideal Roma museum?

Who would determine what kind of Roma image an ideal Roma museum would convey?

What impact could an image of the Roma conveyed by an ideal Roma museum have on the minority, and on the majority?

What would be the collection strategy and the exhibition practice of an ideal modern and contemporary Roma art museum?

What kind of art mediation and museum pedagogical programme would an ideal modern and contemporary Roma art museum pursue?

Moving on in thought, we find ourselves in the imaginary space of the future RomaMoMA – Museum of Modern and Contemporary Roma Art. RomaMoMA is a programmatic title that defines the character of the museum and its collection. An art museum that collects, preserves and presents modern and contemporary Roma artworks.

In its guiding title, the adjective “Roma” could even be understood as restrictive, and so, here the question arises, to what extent would the establishment of such an institution be ethnicised? Would only works of art created by Roma be part of the collection, or could artworks created by artists belonging to the majority society also be included in the exhibitions?

In the collection of the RomaMoMA museum, the work of the Sostar group would be given a new interpretive framework, thus adding a new layer of interpretation to the reflection of Roma images elevated from the former Roma Collection of the Hungarian Museum of Ethnography into contemporary critical space. In the video, employing Spivak’s “talking back” tactics, the catalogued photos are inverted from the national framework to a critical contemporary framework and the Roma image is appropriated (or re-appropriated), reflecting critically by reinterpreting the relationship between the photographer and the photographed. It is interesting to play with the idea of how a work of art questioning the institutional framework and categorical markers would be forced to redefine itself once it entered the institutional space of RomaMoMA.

The video documentation of the performance already provides a narrated interpretive framework for the artwork. Due to the genre of the film, during the editing, the moving image is interrupted by chapter titles and frozen photo enlargements, and the whole is framed in a theoretical framework by the texts quoted in the video. The chapter titles are the same as the division of Edward W. Said’s book, After the Last Sky – Palestinian Lives: 1. States, 2. Interiors, 3. Emergence, 4. Past and Future.

The excerpt quoted from Kathrin Rhomberg as a theoretical framework was a statement from the 6th Berlin Biennale, asking about the meaning of reality and the use of the term “reality”, while André Raatzsch articulates the question of the reality generated by photography and the reality of replayed reality.

With the performative rewriting of the photos, as well as the photographed vulnerable situation, i.e., with the reinterpretation of the moment of recording as power position, they tried to record the images in the video reflexively, within a new framework.

Nevertheless, the problem arises that the creation of a modern and contemporary Roma art museum also means the fixation of the current museum structure, which creates a space of political power. The museum provides space for the collection, storage and presentation of the collection according to a defined strategy. By choosing the location of the building, the institution would lose its transnational character and become site-specific. Despite the greatest effort, attachment to a location already affects accessibility, and it is a question whether we should interpret this as an advantage or a disadvantage.

According to its current aspirations, RomaMoMA is a Roma museum to be realised in digital form, an online platform that will make the artistic heritage of transnational Roma culture accessible to a wider audience. The digital archive provides continuous online access, allowing the creation of a community archive. One of the biggest challenges of the online archive is to bring the collection to life, to be performed and mediated, which also creates opportunities for new ways of presenting it. Alternatively, national-regional hubs could be set up, where local representations and performatives of the RomaMoMA transnational online collection would be realised.

With the analysis of the Sostar collective’s Rewritable Pictures video woven into the thought experiment, I explained the possibilities of power structures, traditional methods of presentation, canonized narratives, performative practices, and online community archives that outline RomaMoMA’s institutional framework. With the thought experiment, my aim was to ask questions with constructive intention on the imaginary museum.

Returning to reality, however, we assume the following issues: establishing an ideal Roma museum should be the target or change the policy of the current museums? Which direction would be more timeless, which path could reach a larger audience? Which goal could catalyse more lasting change?

From which solution could the next generation benefit more? Which option will bring you closer to preserving the artistic heritage of Roma culture and achieving the fundamental right of access to your own culture?

Krisztina Varga is PhD student at ELTE (Budapest), in the Film, Media and Cultural Studies programme, and researcher at Minor Media / Culture Research Centre. Graduated from the Art Theory Department of the Hungarian University of Fine Arts as an Expert in Contemporary Art Theory and Curatorial Studies. In her studies, she examined questions of contemporary Roma art institutions (Institutional History of Roma Culture in Hungary, 2014; National Roma Museum in Hungary, 2016). The focus of her PhD research is on the cultural representation of minorities and the question of the Roma museum.

[1] The analysed video is the documentation of a performance, which took place within the framework of the exhibition, If Not Now – Artists’solidarity with Romani people and claim for equal rights, in 2010 at Trafó, Budapest. See: https://vimeo.com/11109912

Raatzsch, André (2019): “A digital archive of Sinti and Roma within the discursive space on archives”. RomArchive, Politics of Photography. Accessed October 22, 2020. https://www.romarchive.eu/en/politics-photography/challenges-archive/digital-archive-sinti-and-roma-within-discursive-s/

Rewritable Pictures – On the way to a Photographic Roma Archive.