Members of the Pakiv Board 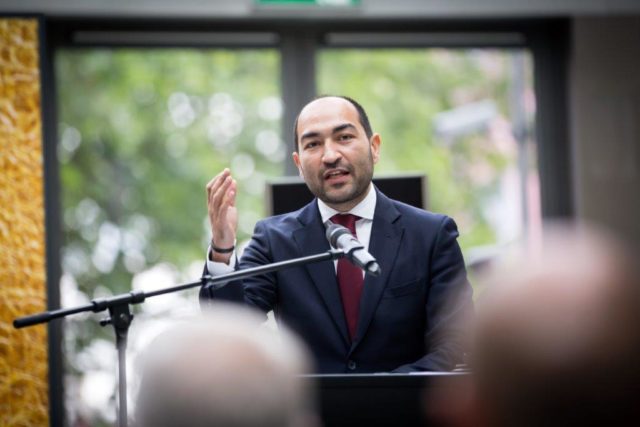 Chair of the Board

Zeljko Jovanovic is the director of the Open Society Roma Initiatives Office, which supports the voices and leadership of Roma in making their power felt in the policy-making arena. Jovanovic comes from a family of Roma ethnic background which, through a belief in hard work, self-determination, and education, moved from multi-generational extreme poverty to the middle class in Serbia. Before joining the Open Society Foundations in 2006, he worked for the Organization for Security and Cooperation in Europe on elections and public policy and for Catholic Relief Services on civil society development. He also has established and led a local Roma organization and community radio programming, as well as volunteered for Roma political parties and protested for democracy during the Milosevic regime in Serbia. He has also trained and mentored non-profit managers, advocates, and leaders internationally. Jovanovic has degrees in law from the University of Belgrade and in public policy from the University of Oxford. He also completed the Executive Education Program on Strategic Management at Harvard University. He is a member of the Aspen Institute network. 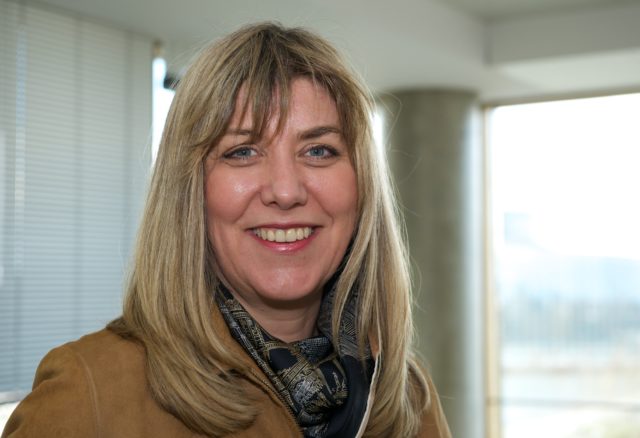 Ms. Snežana Samardžić-Marković has been the Director General of Democracy at the Council of Europe since 2012, in charge of the Organisation’s actions promoting democratic innovation, governance, participation, and diversity. Her responsibilities include the policy areas of education and youth, local democracy, cultural policies, election assistance, the protection of human dignity, gender equality, children’s rights, and the rights of minorities, work against discrimination, democratic citizenship, and democratic responses to crisis situations. Previously, Snežana has held numerous positions in the Serbian Government including as Deputy Director in the Ministry of Foreign Affairs for Neighbouring Countries, Assistant Minister of Defence (2005-2007) and Co-President of the Serbia-NATO Defence Reform Group, member of the Foundation Board of WADA, Minister of Youth and Sports (2007-2012), and President of the Fund for Young Talents. 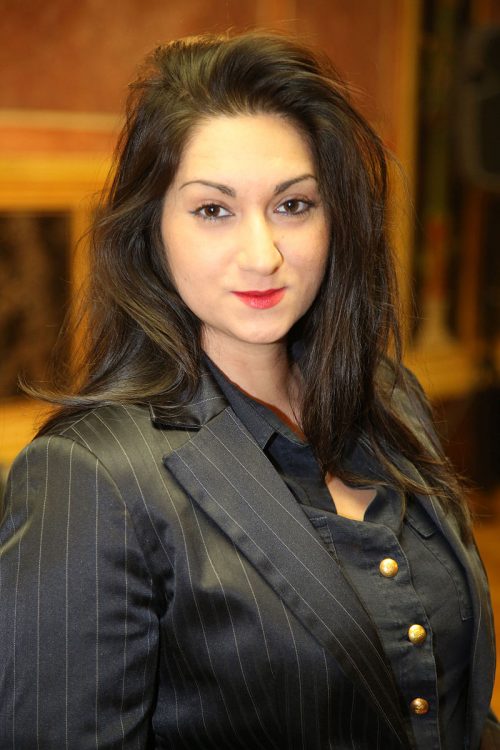 Gilda-Nancy Horvath is an artist, journalist, project manager, and communications consultant. She started her career in grassroots projects for the Romani community in Vienna, Austria. Soon after, she started working for the Austrian Public National Broadcaster ORF. She has also written numerous articles for the Romani cause and worked with many international projects connected to Romani activism, art, and politics. After 10 years in front of and behind the camera at ORF, she started educating and qualifying young Romani people in her project: “romblog.at,” where she is the Editor-In-Chief. She is also the co-founder of a record label for Romani music, fatherandbastards.com. Since 2013, she is a member of the Romani Dialogue Platform of the Federal Chancellery of Austria, consulting and discussing the implementation of #RomaStrategy2020.

Nancy Black is the artist alter ego of Gilda Horvath and produced her first song in December 2016, after being threatened by people who had spread false information about Roma in the media; they claimed that all Roma in Austria would give their support to the far-right candidate at the Presidential Elections in Austria on 04 December 2016. Horvath protested against this kind of manipulation and became a target of hate speech and defamation after that. Her rasping “Trushula” was a clear answer; this was the day Nancy Black was born. Nancy Black also produces video mixes, video installations, and digital/visual art and writing texts and poetry with a strong connection to the language Romanes and the situation of Romani people. 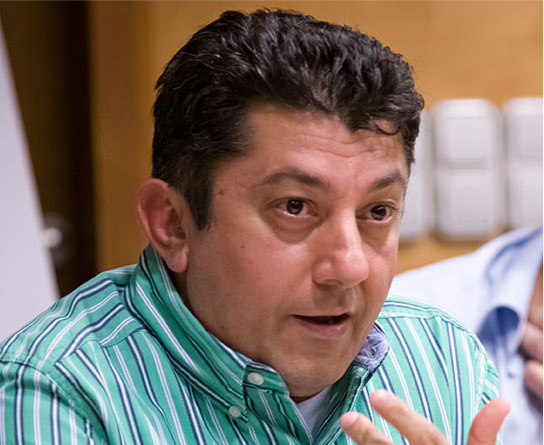 Dr. Iulius Rostas was the Chair of Romani Studies/Assistant Professor at Central European University in Budapest. He was an Affiliated Fellow with the Institute for Advanced Studies at CEU, Senior Fellow with the Open Society Foundations Roma Initiatives Office, and Visiting Lecturer at Corvinus University of Budapest. He has worked for the Open Society Foundations, the European Roma Rights Center, and the Government of Romania, and has consulted for the Organisation for Security and Cooperation in Europe, the World Bank, the European Commission, and the Roma Education Fund. Dr. Rostas is the editor of “Ten Years After: A History of Roma School Desegregation in Central and Eastern Europe” (CEU Press, 2012) and in 2011 he published “Social Inclusion or Exclusion: the Rights of Persons Living with HIV in Moldova” (Cartier Publishing, 2011). He published articles and book chapters on Roma participation, Romani identity, Roma school desegregation, the Romani movement, and civil society. 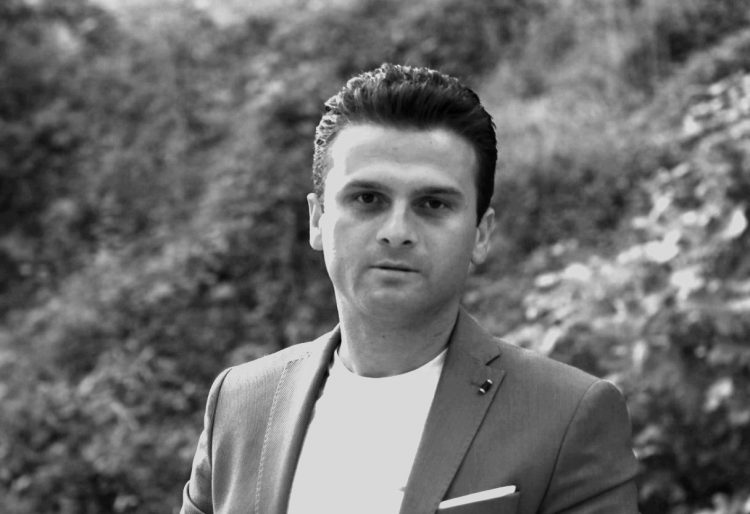 Sead Kazanxhiu is a visual artist from southwest Albania. He was trained as a painter at the University of Arts in Tirana (2006 – 2010), where he obtained his bachelor’s degree. Kazanxhiu comes from a family of Roma ethnic minority. This fact has profoundly shaped his childhood years in Baltez, a village nearby Fier, where he was raised in an environment sensitive to social and cultural inequalities. In a community well aware of hierarchical structures and un-privileged positions within a nation-state, the very condition of being an Albanian Roma citizen turned out to be a determining factor for Kazanxhiu’s status of an artist as well as for his overall cultural practice so far. Thus, it comes as no surprise that the issues of prejudice, exclusion, discrimination, and racism have taken center stage both in his artistic and activist work.  His uncompromising position with regard to unfair treatment of Roma ethnic group presents but a platform to voice individual dissent about the racially biased dynamics that, unfortunately, continues to shape contemporary European worldviews – on a daily basis, inside and outside of official political arenas. In this sense, his image-making contributes to positive efforts of a single artist to restore the dignity of a community forcefully and unjustly cornered at the outskirts of European democracy. Kazanxhiu is also the founder of STHAN Cultural Centre, and currently, he is following the Albanian School of Political Studies.