It is our pleasure to announce that Zita Moldovan – Roma actress, journalist, and host for more than 15 years of the Roma TV show – was revealed as the winner of the first edition of the Tajsa Roma Cultural Heritage Prize!

The winner was announced on December 10 2021, during the Tajsa Prize 2021 at the National Theatre of Belgrade.

The Jury rational for selecting the winner was:

Zita Moldovan is one of the most known Roma actresses in Romania, journalist and host for more than 15 years of the Roma TV show –” From the life of the Roma”. She is the co-founder of the first Roma theatre in Romania – Giuvlipen Theatre Company, for which she is an actress. Giuvlipen’s performances have a feminist and antiracist rhetoric and bring to life the issues of early marriage, anti-gypsyism, hate speech, hyper-sexualization, evictions and heteronormativity in order to promote discussion and critical thinking in our society. Together with her colleagues from Giuvlipen, Zita is lobbying for the founding of a state Roma theatre in Romania. She is also a fashion designer creating collections inspired by the cultural heritage of traditional clothing of Roma community.

See the moving speech of Alina Serban during the ERIAC Tajsa Prize Ceremony. 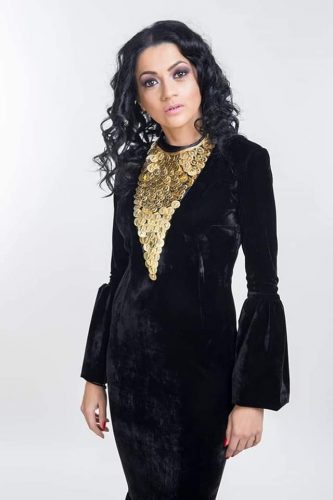