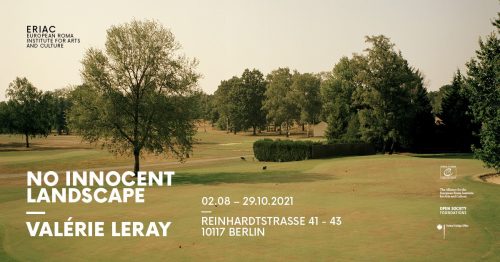 Visits are only possible with a previous appointment and a negative test result (not older than 24 hours). Fully vaccinated people can also show proof of vaccination.The last vaccination has to have been done minimum 14 days prior to the visit.

Valérie Leray’s landscapes are marked by abandoned, neglected, contested or rehabilitated sites of past mass violence: unmarked locations where Sinti and Roma were held prisoner in camps. Shattered spaces, wrote Michael Meng (2011); difficult heritage, diagnosed Sharon Macdonald (2008). These are affective places that frighten – acting on the body and the sphere of feelings of a disoriented passer-by, they do not allow themselves to be ‘understood’ or ‘read’. The negative memory that surrounds these places leads to a range of practices of covering up, hiding, and rejection: various sites are littered, allowed to be covered with vegetation, not fenced off or marked, no monuments or plaques erected, and commemorations are perfunctory and erroneous.

After discovering that her grandfather, Jean-Pierre Leray, was interned as a child in a concentration camp in Jargeau, near Orléans, Valérie Leray commenced a systematic journey to different camps scattered throughout France, documenting, through a photographic subversion of the genre of landscape painting, the absence of the people who had once been interned there. During World War II, about a quarter of the Roma population of France underwent administrative internment, while others were placed in restricted residence. Under the Vichy Regime, 30 camps, including those of Saliers, Rivesaltes, Barcarès, Montreuil-Bellay, Jargeau, Coray and Lannemezan opened to detain thousands of French Roma. Yet, the horrific crime against the Roma has been widely ignored, and they have received little or no compensation for their suffering or lost property. It took decades for Roma to go public with their stories, giving testimony of the racist Nazi persecution, and demanding justice and recognition as victims of genocide.

Leray’s photographs hijack the genre of the French landscape painting and challenge the mechanism of incorporating a particular landscape into the fabric of national identity. Fragments of concrete reality bear witness to it, but they also become in some sense collaborators – as the Dutch poet Armando writes in his poems about the Holocaust, blaming the landscape, the trees and the land surrounding the camps for becoming accomplices to the crime. The mysteriousness of Leray’s works points to the duality of the gaze and requires a change in the status of the beholder. What we see seems at first glance to be apparently clear, obvious and quite analytical, and yet we sense that another, fuller view is latent, brewing underneath. The image resists – not allowing us to assume the position of a passive observer, before whom meaning is simply revealed. We, too, must set out on a journey towards which we are guided by clues contained in the unusual manner of depiction, the intriguing banality of the subject, the colours, the titles. In order to prevent us from forgetting the horrors of history, Leray directs our gaze towards the common, everyday sights that have become history’s beacons. We need to look, not only to discover the hidden memory of these landscapes; we must begin to look as an act of resistance against the process of forgetting. 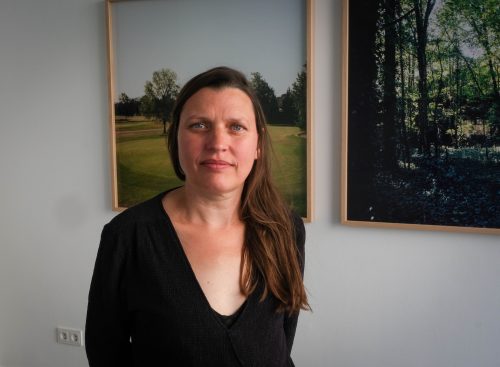 Valérie Leray (Chartres, France, 1975) is a visual artist and photographer, researcher, curator and art director of the artist-run alliance la mire, based in the Loire Valley (France) and in Berlin, where it has established an artist residency programme for visual artists, called A Roof Above Your Head, and is planning to establish another in South Asia.

Leray began her artistic career as a reportage photographer and conceptualised her approach in documentary photography. She received her MA in Photography and Multimedia at the Paris 8 University. She was an award-recipient in “The European Year of Intercultural Dialogue”, and has been awarded a number of visual art grants in France, and elsewhere in Europe. Her works have been exhibited internationally, including at: Fotonoviembre (Spain), Europäischer Monat der Fotografie (Berlin), Fotoseptiembre (Mexico D.F.), Pingyao International Photography Festival (China), and in Taiwan, Serbia, Croatia, Poland, and Paris, among others. In 2019, the series, Place With No Name, was shown at the prestigious Venice Biennale within the exhibition, FUTUROMA, curated by Daniel Baker and commissioned by ERIAC.

Leray regularly gives artist talks and conferences, and also organises workshops and interventions for a range of audiences, on various analogue and digital photographic processes. She has also initiated a creative performance series as a conference with European visual artists, the majority of Roma background, and for this, she has been awarded in the European Mobility Program I-Portunus.

Leray engages in an analysis of the photographic medium and its historical role as evidence and artefact required for an event reconstruction. She also questions the relationship between the true and the fake in the process, the possibilities of data and image manipulation, and the paradigm of the visible/invisible, placing subjects in their geopolitical and geohistorical contexts, and more widely questioning through the discipline of archaeogeography (or landscape heritage). 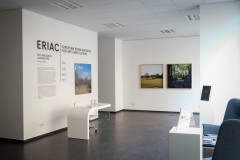 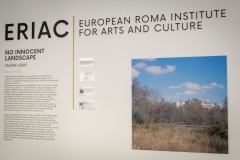 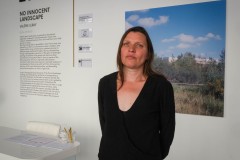 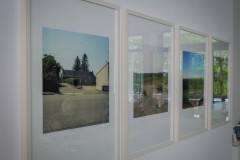 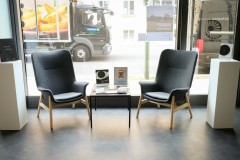 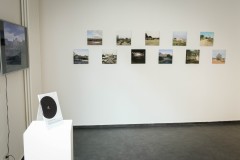 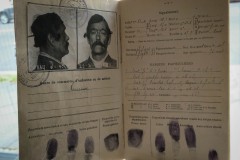 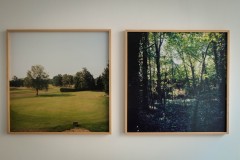