The Cultural Roots of Sinti and Roma Jazz 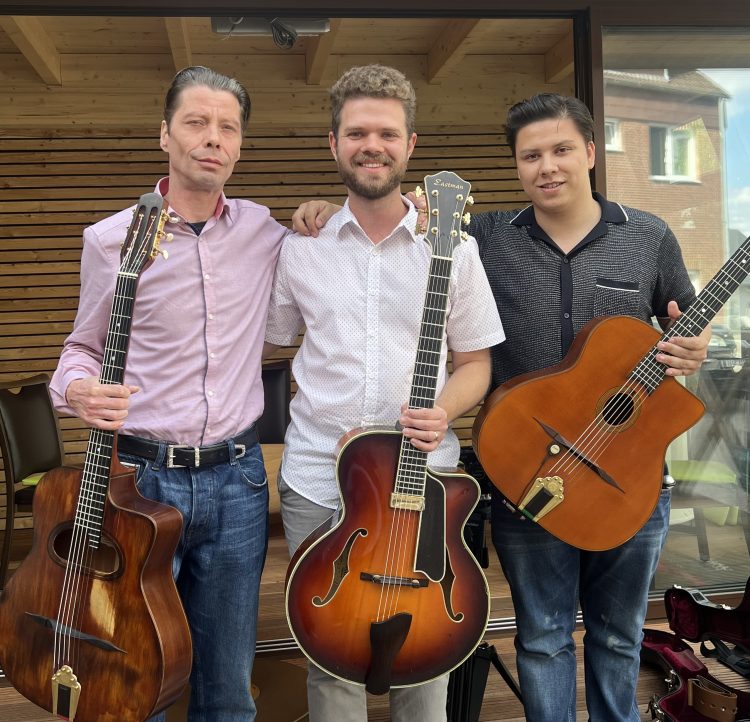 ERIAC launches a new music initiative, including the interview series, The Cultural Roots of Sinti and Roma Jazz. This series documents the intersection of Sinti and Roma jazz music with the culture, philosophy, and teaching methods of the musicians who perform it. The series illustrates the importance of jazz to Sinti and Roma communities, and also demonstrates the unique contribution of Roma and Sinti musicians to European jazz. Gabriel Condon is a DAAD scholar and doctoral student-researcher at the University of Michigan, in the United States, who conducted the interviews and will be sharing them on the RomaMoMA blog. Support is provided by ERIAC, the German Academic Exchange (DAAD), and the University of Michigan International Institute, the Weiser Center for Europe and Eurasia, and the School of Music Theater, and Dance EXCEL Enterprise Fund.

Tschavolo Carlito Vlasák has been playing guitar since he was ten years old, in the genre called ‘gypsy jazz’, whose creator is guitarist and composer Django Reinhardt (French Roma 1910-1953). He has performed in the Czech Republic and abroad. In 2021, he opened the 23rd edition of the Khamoro Festival, where his debut CD, Django Always — Back to the Roots, was presented. For the first time in the history of the Khamoro festival, Czech and German musicians performed together in the genre of gypsy jazz. Django Always, a group with Tschavolo’s father, Carlos Kaja Vlasák, and Josef Feco, has performed as a guest at international festivals in Germany several times. You can learn more about Django Always on Facebook:  https://www.facebook.com/carlosmanouche/ and YouTube: https://www.youtube.com/channel/UCRhdfijoLuTDIPhFh95C1nw. Tschavolo’s CD is available for purchase at: https://gypsyguitar.de/dvdcds/cds-music/12057/back-to-the-roots-django-always.